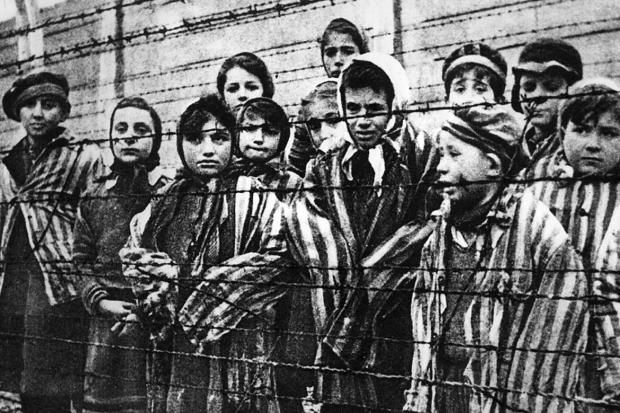 (Narrow Way News) The immoral silence from NZ Christian leaders and secular media on the HOLOCAUST that is taking place worldwide targeted specifically against those who are called Christians. Nowhere have I seen any man from New Zealand who confesses with his mouth that Jesus Christ is his Lord any words at all about what is happening to THEIR brothers and sisters.

Strange and immoral silence from NZ Christians
As Jonathan Cahan puts it, it is a strange and immoral silence from all throne rooms, governments, secular media outlets, religious organizations, those in leadership in the christian sector and the list just goes on. Not so long ago it was reported that Saudi Agents had forcibly removed recently christian converts from New Zealand.

Was there any outcry from NZ Christians, NONE that I could find. Now if this is because secular media outlets refuse to report their comments, then one could understand. But in reality there is no reason at for the comments to be carried via alternative news sites such as, YouTube, twitter, christian blogs. So one can only think because there are no known comments from any Christian leaders here in New Zealand, none were made in relation to what had happened right on their own backdoor step.

Secular media outlets, well the above story was carried in very limited form by the reporters paper and that was minimal at the least. There should of been an outcry over what happened here just as there should be an outcry what is happening in relation how Christians worldwide are NOW the most persecuted group by governments, organizations, Islamic groups, United Nations, and many other secular groups for DEATH, RAPE, TORTURE, STARVATION and much worse treatment just because of their faith in Jesus Messiah, the coming King.

So it is the same for the Christian holocaust that is happening right now, right this minute, we get this strange and immoral silence from all sectors in New Zealand and to our shame silence from the ones who are supposedly the brothers and sisters of those suffering these fates.

It appears that many have Holocaust amnesia, some purposely because this is their intent, to wipe Christians and Christianity from the face of the earth but this should never be the case for those who truly follow Christ Jesus in New Zealand. Where is your voice followers of Christ in New Zealand? 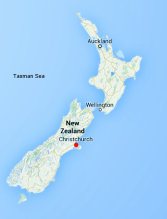 Fears have arisen in New Zealand that the Saudi Government is operating covertly and forcibly returning converts from Islam to Christianity back to Saudi Arabia. The full article can be found here: Fears for Saudi christian converts

Quotes from the story:

Two Saudi Arabian asylum seekers at opposite ends of the country have suddenly flown home, and friends are convinced they have been forcibly repatriated because they’d turned their backs on Islam. Tony Wall and Blair Ensor investigate.

Chambers said his client had been so worried about the possibility of being kidnapped and forcibly returned home that he changed his name by deed poll and applied for asylum on religious persecution grounds.

In the Auckland case, it is believed one of the three men who snatched the asylum-seeker was his brother. A source said the other two were travelling on diplomatic passports and were captured on CCTV footage at Auckland airport.

After he disappeared his friends searched his flat in Grafton, central Auckland, and found all his clothes and belongings still there, including credit cards.

If one reads the story in the Christchurch case, the Christian sector who was supporting this brother did not receive the help they expected from the New Zealand Police. The story goes on to say that the NZ police think he went home voluntary despite evidence to the contrary. It does state a NZ official met with him when he landed in Hong Kong to ask if he was returning home voluntarily. His answer was apparently yes, but what is not said is whether he was asked this question in the present of his fellow travelers. If he was asked in their presence then this makes the words given a farce.

Outcome of this happening in New Zealand is that Saudi converts in Christchurch have gone into hiding for fear of the same happening to them. So if you think countries like New Zealand and other Pacific nations are exempt from the actions of extremist Islam nations, you need to think again.

On contacting one of the reporters who investigated the story, I said one the questions he should be asking, is where is the cry from the New Zealand Christian sector. I heard about this case from a sister in the USA as I do not follow a lot of worldly online news agencies—the news they give is not a trustful source at all. Again the Christian sector is silent and the news media hide the report on back pages when something like this should be headline news across all forms of media.

No matter how many words are written or said,  whether your country is at the end of the world; no matter if you hide on the highest mountain or in the deepest cave, this evil ideology operating under the name of Islam is seeking to choke the life out of you and bring death upon your country, both physically and spiritually.

The western world and its leaders bow down allowing their evil actions against those who have chosen to follow the Lord Jesus Christ over false doctrines and cries for the blood of everyone who will not follow and accept their teachings.

John 16:2 They will put you out of the synagogue; in fact, the time is coming when anyone who kills you will think they are offering a service to God.

There is coming a time when not governments, but ordinary citizens are going to pick up their own swords and go head on into a full battle with people who walk this way. Governments have their hands in the Saudi’s pockets, and the the law enforcement agencies are either overwhelmed or turn a blind eye because they are told to. You are only going to have your brothers and sisters in Christ Jesus as you walk through these times described in His Word.

Stand fast, pray in all things, watch and call upon our Father in heaven. Ask for HIS guidance through the Holy Spirit as to where you place the steps of your feet.

Read the full article and learn more of the real fears, even nightmares this man had of being abducted and returned to Saudi Arabia. Pray for this brother and for those who have converted to follow Christ as their Savior. Pray for mercy.

We will keep you informed of any updates in this case.

Voice of the Persecuted