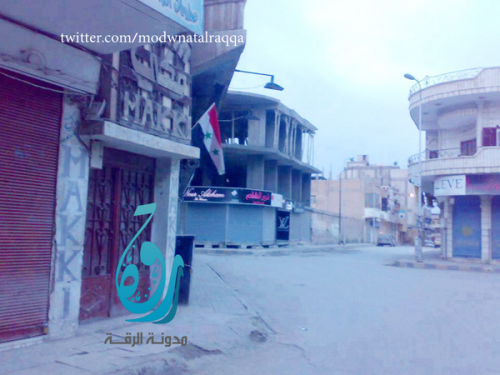 In an excellent article by Aymenn Jawad Al-Tamimi on joshualandis.com, he gives a good description of the oppression imposed on Christians living in Islamic nations. Below is a portion of the article, along with the preliminary translation of the relevant excerpts of the first formal dhimmi pact. We ask, “If the same was imposed on those who follow Islam in Western nations, would not a loud cry be heard of discrimination and accusations of Islamaphobia?”

“In the name of God, the Compassionate, the Merciful:

Traditionally, a ‘dhimmi’ in Islam is a Jew or Christian who agrees to live under the authority of an Islamic state, agreeing to pay a ‘jizya’ (poll tax) and enduring a number of discriminatory conditions in return for ‘protection’ from the state. The Qur’anic basis for this arrangement is 9:29. In practice of course, the dhimmi pact, far from being a model of historical multiculturalism and tolerance as hailed by Western Islamic apologists such as Karen Armstrong, is actually equivalent to Mafia racketeering, as failure to pay ‘jizya’, whose financial burdens often proved heavy historically, leads to a loss of ‘protection’ by the state.

For the Islamic State of Iraq and ash-Sham (ISIS), which has the backing of broad elements of classical Islamic theology in this regard, such a development comes as no surprise, as the group’s predecessors- Islamic State of Iraq (ISI) and al-Qa’ida in Iraq- similarly imposed jizya on Christians both in the Baghdad area (al-Dura neighborhood) and the north of the country. In Syria, the group has already imposed dhimmi terms in practice on Christians in Raqqa province, such as in Tel Abyad, where supposed violation of the dhimmi pact was the pretext for ISIS’ desecration of the Armenian church in the fall of last year.

One should also note that this pact has been imposed by ISIS’ leader Abu Bakr al-Baghdadi and bears his signature as the amir al-mu’mineen (“Commander of the Faithful”- the traditional title of a Caliph, illustrating how ISIS is aiming to build the Caliphate and is projecting its leader as the future Caliph). It would thus indicate that Baghdadi is likely to be in Raqqa province at the moment.

Here is my preliminary translation of the relevant excerpts of the first formal dhimmi pact:

“In the name of God, the Compassionate, the Merciful:

Text of the pact of security the Islamic State has given to the Christians of Raqqa with their embracing the rulings of dhimma.

Fight those who believe not in God, nor the Last Day, nor in what God and His messenger have forbidden, nor adopt the true religion [Islam], [even if they be] from the People of the Book [Jews and Christians], until they pay jizya with the hand, and feel themselves subdued- Qur’an 9:29.

And we bear witness that Muhammad is His servant and messenger- may God’s peace and blessings be upon him…and we bear witness that Jesus the son of Mary is God’s servant and His messenger…the Almighty has said: ‘Never would the Messiah disdain to be God’s servant, and nor would the Angels who are near, and whosoever disdains to worship Him and is haughty- He will gather them to Himself together’- Qur’an 4:172.

And for what follows: This is what the servant of God- Abu Bakr al-Baghdadi, the Commander of the Faithful [NB: this is the title of a Caliph] has given to the Christians concerning the pact of protection. He has given them security for themselves, their wealth, their churches and the rest of their property in the province of Raqqa: their churches should not be attacked, nor should anything be taken [by force] from them, nor from their domain, nor anything from their wealth, and there should be no compulsion against them in religion, and none of them should be harmed.

He has imposed these conditions on them:

1. That they must not build in their town or the periphery a monastery, church or monk’s hermitage, and must not rebuild what has fallen into disrepair.

2. That they must not show the cross or any of their scriptures in any of the roads or markets of the Muslims and they must not use any means to amplify their voices during their calls to prayers or similarly for the rest of their acts of worship.

3. That they must not make Muslims hear recital of their scriptures or the sounds of their bells, even if they strike them within their churches.

5. That they must not engage in any displays of worship outside the churches.

6. That they must not stop any of the Christians from embracing Islam if he so wishes.

7. That they must respect Islam and Muslims, and not disparage their religion in any way.

8. The Christians must embrace payment of the jizya- on every adult male: its value is 4 dinars of gold…on the Ahl al-Ghina [the wealthy], and half that value on those of middle income, and half that on the poor among them, on condition that they do not conceal anything from us regarding their state of affairs. And they are to make two payments per year.

9. They are not allowed to bear arms.

10. They are not to deal in selling pork and wine with Muslims or in their markets; and they are not to consume it [wine] publicly- that is, in any public places.

11. They should have their own tombs, as is custom.

12. That they must accept the precepts imposed by the Islamic State like modesty of dress, selling, buying and other things.

So for them is nearness to God and the dhimma of Muhammad, the Prophet and Messenger of God- may God’s peace and blessings be upon him- even as God brings his command: what they have embraced in the conditions outlined in this document.

But if they disagree with anything in this pact, then they have no dhimma, and the Islamic State of Iraq and ash-Sham will deal with them as it deals with the people of war and stubborn enmity.”

By VOICE OF THE PERSECUTED in Christian Persecution News, Iraq, Middle East, Syria on February 28, 2014.
← Why Has Boko-Haram’s Attacks Continued Unchecked? Sudan Arrests Pastor During Sermon, Threatens Him →