Home » Posts tagged 'will be released'

Tag Archives: will be released 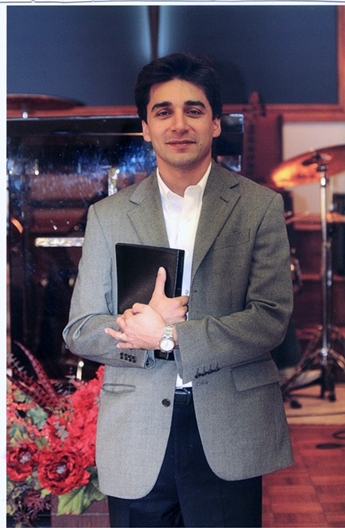 KARAJ, IRAN (ANS – July 7, 2015) — Iranian Christian prisoner, Pastor Farshid Fathi, has been told the good news by prison officials, that he will be released on December 10, 2015. He had previously expected to remain in prison until December 2017.

“Farshid received the official notification on July 4, 2015,” said a spokesperson for Elam Ministries UK (www.elam.com).  “This is positive news, which has greatly encouraged Farshid and his family. We join them in praising God for this development, and for those who have made it possible.

“Please continue to pray for Farshid during his final months in Rajai Shahr prison, Iran.”

According to Elam Ministries UK, Farshid’s friends invariably have describe him as loving, cheerful, selfless and faithful, and always eager to help and serve others. He became a Christian at age 17 and has always been passionate about his faith. He is married with two young children, Rosanna and Bardia.

He was arrested at his home in Tehran on December 26, 2010, by agents of the Intelligence Ministry and initially was taken to the infamous Evin Prison in northwestern Tehran, where up until February 2011, he was held in solitary confinement and was subjected to long, harsh, interrogation sessions on a regular basis. Then for a year, he was held in a small cell with one other person in Section 209 of the prison where prisoners have been held both before and after the 1979 Islamic Revolution, and where, due to the number of intellectuals that the prison housed, it was nicknamed “Evin University”.

Finally, on February 5, 2012, Farshid is brought to trial at Branch 15 of the Revolutionary Court in Tehran, and is convicted by Judge Salavati of “action against the national security’, through cooperating with foreign organizations and evangelism”, and sentenced to a total of six years’ imprisonment. He is then moved to section 350 of Evin.

Then, on May 23, 2012, Farshid’s appeal hearing occurs and the following month, a verdict is issued: it upholds the verdict of the February court.

Because of the danger to themselves, Farshid’s family are soon safely resettled to Canada where they had been offered refuge, and on December 26, 2013, A Day of Prayer for Farshid was held around the world on the third anniversary of his imprisonment.

On August 19, 2014, Farshid was transferred to Rajai Shahr prison in Karaj, for unknown reasons, and the following month, he spends his 35th birthday in the prison, and then on then on December 26, 2014, another Day of Prayer for Farshid was held on the fourth anniversary of his imprisonment, but during that month, he was hauled before the court and sentenced to a further year in prison on false charges and he lawyer applied to appeal.

But now has come the welcome news that he will be released on December 20, 2015, two years earlier than expected.

Elam was founded in 1990 by senior Iranian church leaders with a vision to serve the growing church in the Iran region. From the beginning, Elam’s passion was to train and equip Iranian Christians to reach and disciple their countrymen. In 1990 six emerging leaders arrived in England from Iran to begin their fulltime ministry training. They lived in a small, two-bedroom flat and used the kitchen as a classroom. Since then, Elam has seen many years of God’s faithfulness. By God’s grace, the ministry is growing and is being used to strengthen and expand the church in the Iran region in a significant way.

Elam says that since the 1979 Islamic revolution, Iranians have become increasingly disillusioned with Islam. The political, economic, and spiritual situation in Iran has resulted in a deep spiritual hunger for truth. Iran may be a closed land, but the people have open hearts. Iranians today are seen as the most open Muslim people to the Gospel in the world. More have become Christians since the revolution than the previous 1,300 years put together.

In 1979, there were less than 500 known Christians from a Muslim background in Iran. Today the most conservative estimate is that there are at least 360,000 believers in the nation. Church leaders believe that millions can be added to the church in the next few years-such is the spiritual hunger that exists and the disillusionment with the Islamic regime. If we remain faithful to our calling, our conviction is that it is possible to see the nation transformed within our lifetime. Because Iran is a strategic gateway nation, the growing church in Iran will impact Muslim nations across the Islamic world.

By Dan Wooding, Founder of ASSIST Ministries and the ASSIST News Service

VOP Note: Continue to pray for Pastor Fathi. And pray for the release of Pastor Saeed Abedini who is also being held in Rajai Shahr prison. May they shine God’s light in this dark place.