Tag Archives: Voices of the Nations 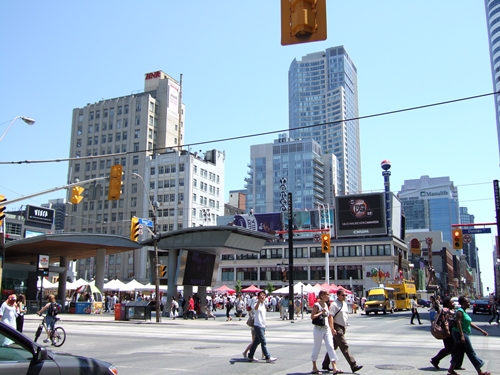 Canada. Let’s call it like it is: Our society views some cultures and creeds as more equal than others. Simply put: Christians are fair game for unfair treatment.

The latest case of unabashed anti-Christian bigotry hails from the heart of our nation’s most populous city. A Christian concert has literally been banned from Toronto’s public square.

Voices of the Nations (VOTN) has been using city property since 2006 for their annual multi-denominational event that celebrates Christianity through peaceful praise and worship. While the group used Yonge-Dundas Square for the past five years without issue, the City of Toronto is refusing to grant VOTN a permit for next year’s music festival. Read More