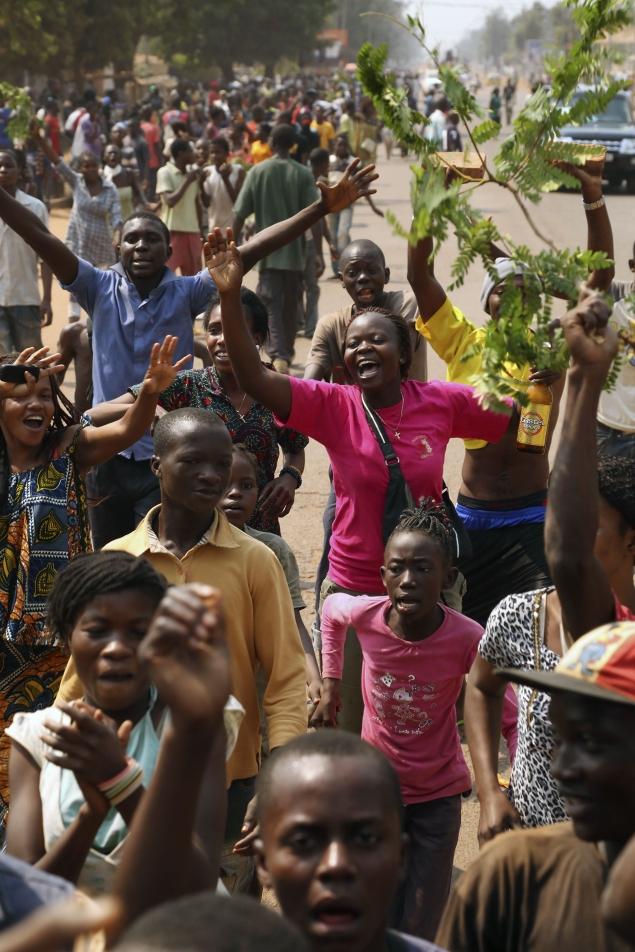 The militia group continued committing mass atrocities, such as executions, rape and looting according to Human Rights Watch.To distance himself from the horrors, Djotodia disbanded the Seleka in Sept. 2013. The ex-rebel fighters then integrated into the national army. And the violence did not end.

A September Human Rights Watch report details the Seleka’s deliberate killing of civilians including women, children, and the elderly between March and June. It also confirmed the destruction of more than 1,000 homes, both in the capital, Bangui, and the provinces. The Christians felt forced to form militia groups, which are known as anti-Balaka.

Last month, Christian militias struck back. Amnesty International reports a million people, approximately 20% of the population have been forced to flee the attacks as a result of the violence pitting Muslims against Christians, and northerners against southerners. At least 1,000 people have died since the clashes broke out in December and added the true number of the dead may never be known. They have also expressed concern for the overcrowded refugee camps with unsanitary conditions, warning a humanitarian disaster may be about to occur.

Thousands in the Central African Republic’s capital, Bangui are celebrating the resignation of the country’s interim president. Michel Djotodia quit from international pressure over his failure to squelch the rampant violence. He had been summoned to a regional summit in Chad where his resignation was announced along with that of his prime minister Nicolas Tiangaye.

Foreigners were also targets of violence. An operation has been set up by International Organization for Migration to airlift thousands of African migrants stranded in dire humanitarian conditions out of the ravaged nation, today.

IOM official, Francois Goemans said he was shocked by the conditions endured by the migrants, which he said were the worst he had seen in 20 years in the field.

People have been living in makeshift transit camps for a couple of weeks in difficult conditions and with very little support, he said.

“People are traumatized, people are dealing with some strains that you cannot believe — so many of their relatives have been killed … and they are all traumatized.”

Claims have been made for an urgent need for peacekeeping troops.  Joanne Mariner, Amnesty International’s Senior Crisis Response Advisor stated,

“Tensions are going to be particularly high in the Central African Republic in the wake of the interim President’s resignation, highlighting the desperate need for increased protection for the civilian population.”

“Today’s resignation by Djotodia could easily trigger revenge attacks by the anti-balaka Christian militias against the Muslim community. The Muslim ex-Seleka forces are also heavily armed, creating a real risk of the violence escalating even further. The safety and protection of civilians have to be paramount.”

“As inter-communal hatred and mistrust deepens across the country, there has to be clear information, widely communicated to the population, as to what security measures will be put in place next.”

“This unremitting violence has gone on for far too long. Now is the time for more concrete action by the international community for calm and security to return to the country.”

The African Union has 4,000 peacekeepers in the country. France has deployed 1,600 troops to try to restore peace.

VOP: Please pray for those who have been affected by terror in the Central African Republic. And pray attacks and retaliation done by Muslims and Christians will end and they will have peace.