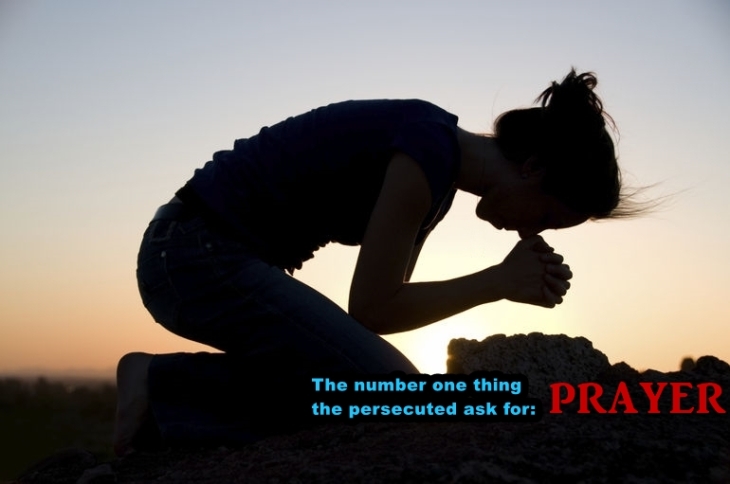 There has been a last minute decision for Sec. of State John Kerry to join the Nuclear negotiations in Geneva! There has been talks that Saeed’s release would be the per-Cursor to any further nuclear discussions. We should hear the results of these meeting in the next few days! Please pray! Some things are happening!

For this family to be reunited! 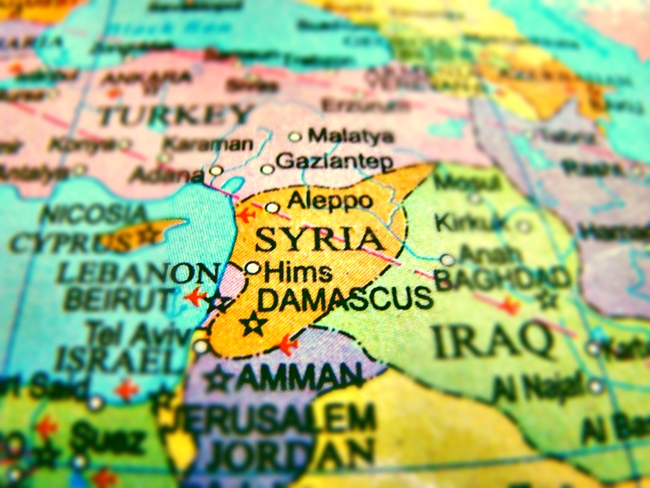 DAMASCUS, Syria –  Syria’s state media say government forces have retaken a Christian town north of Damascus after a week of clashes with al Qaeda-linked fighters who had recently captured key parts of it.

The state-run SANA news agency says the army “restored security and stability” to the town of Sadad early on Monday.

The town had been in opposition hands since last week, when al Qaeda-linked groups captured a checkpoint that gave them control of the western part of the town.

The fighting came as the U.N.-Arab League envoy headed to Syria for his first trip to the country in almost a year. Lakhdar Brahimi had arrived in Beirut earlier on Monday and left for Damascus.

Brahimi is trying to prepare a peace conference on Syria supposed to take place in Geneva next month. Source

“And the fault, in the grand scheme of things, lies with those who fund and arm these opposition groups,” Foreign Minister Sergei Lavrov said in the southern Russian city of Rostov-on-Don.

Lavrov said the situation demanded “the prompt intervention of those with influence over the opposition.”

Nineteen armed Islamist groups in Syria said in a joint statement Saturday that participating in the Geneva 2 talks aimed at ending the Syrian civil war would be “treason” and attendees “would have to answer for it before our courts.”

The UN-backed conference, tentatively set for November 23, has been lobbied for by Russia and the United States, which took responsibility for bringing, respectively, the Syrian government and the opposition to the negotiation table.

However, many opposition groups have already said they will not attend the Geneva talks, and Syrian President Bashar Assad has also implied that the government’s participation is not guaranteed.

Lavrov did not name any rebels’ sponsors in his diatribe. Syrian Islamists are believed to enjoy broad support from Sunni Arab nations, including Saudi Arabia and Qatar.

Lavrov also criticized previous threats against countries seeking a political solution to the crisis, including Russia.

Three Russian diplomats sustained minor injuries during last month’s shelling of an area around the Russian embassy in Damascus.

For the first time, Pastor Saeed’s wife, Naghmeh, was able to speak directly to the U.N. – to make her husband’s case in her own voice.  At 10:30 this morning (Geneva time), she made a passionate and heartfelt plea for husband’s life, urging the nations of the world to stand up for religious liberty and Iran to release Pastor Saeed, a U.S. citizen.

For nearly a year, the government of the Islamic Republic of Iran has tried to silence my husband, Saeed Abedini, through illegal imprisonment, torture, and threats against our family. Why is he being held – because he exercised his rights of religious freedom, expression, and peaceful assembly. This past week and today, this Council has called on member states to recognize and uphold these fundamental freedoms.  I hope that my presence here today will put a face to those who suffer when a government does not uphold its obligation to protect these freedoms. . . .

My husband has broken no Iranian law – he simply exercised fundamental rights that Iran has acknowledged before this body that it would uphold. Iran has kept Saeed imprisoned because he believes that Jesus Christ died on the cross for forgiveness of sin and to reconcile humanity to God.

While I do not know the outcome of my husband’s case or whether he will live or die in Evin prison, I do know that the international community must do more to ensure that Iran upholds its obligations to protect all human rights for every individual, regardless of religious creed, nationality, or ethnic background.  I call on this body to do more. Each member state here has an obligation, and I respectfully ask that you join me in this fight.  Please help bring my husband home to me and our two young kids.

It is impossible to overstate the importance of this unique opportunity for Pastor Saeed’s wife to present her husband’s case directly to world leaders.  They looked her directly in the eyes, heard her pleas and saw her pain.  The empathy and compassion of the world could be felt as she delivered her remarks.  Her comments were well received by non-governmental organizations as well as member states.

In fact, Naghmeh reflected on the importance of this testimony before the Council:

“Being able to present my husband’s case before the United Nations forces countries that generally talk about human rights in abstract themes to stare at the face of persecution. I am not just an advocate, but a wife currently enduring the effects of Iran’s human rights abuses. It is important that countries be able to see the human rights abuses as a reality, not simply abstract words. I do hope that through this experience, countries will join me in advocating for my husband’s immediate release.

On one hand, speaking to world leaders stretches me far beyond my comfort zone. But on the other hand, it gives me purpose as Saeed’s wife to know I am doing everything I can for my husband. I cannot ask others to stretch themselves on behalf of my husband by writing letters, demonstrating before Iranian embassies and the such if I do not first set the example myself. I will continue to urge the international community to stand for my husband and all prisoners of conscience in Iran, no matter how difficult it may be for me, and I hope and pray there is someone empathic on the other end to hear my cries.”

Naghmeh’s testimony is significant and comes just days after I had the opportunity to raise Pastor Saeed’s case before the Human Rights Council detailing our ongoing international efforts to free Pastor Saeed.

And one of the most powerful developments is the fact that more than 600,000 people around the world are standing with Pastor Saeed – demanding his freedom.

If you haven’t done so already, please take a moment and add your name to our petition. Share his story. SaveSaeed.org.

I did not get to finish my actual speech as I only had two minutes to speak and I felt by the Lord to finish with the Gospel message as an Ambassador of Christ. The seeds of the Gospel of Jesus Christ was planted. The Lord will do the rest. Thank you for your prayers.

VOP: How wonderful that she used her time to glorify our God! We continue to pray daily for Saeed, Naghmeh and their small children.

Please join us in prayer and share Saeed’s story with all you know. Still many Christians have no idea who this man is. Many have no clue of the persecution happening in the world, today. Knowledge is power.

You can make a difference…Be a VOICE! 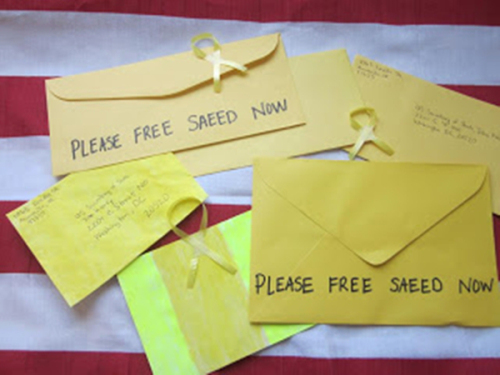 Reminding everyone to send their Yellow Envelopes today, or on Monday, June 3rd.

Naghmeh is in Geneva and will be speaking out for freedom of religion and on behalf of her husband, Saeed Abedini– an American pastor wrongfully imprisoned in Iran for his faith. As she prepares to address the UN on Monday, June 3, 2013, we can flood the State Department with our Yellow Envelopes! Be Saeed’s ‘Voice’ and ask our government to do more to obtain his release!

This campaign will continue each month until he is back on American soil and reunited with his wife and young children!

Naghmeh meets with American Ambassador to the UN, Eileen Donahoe to discuss importance of speaking out for freedom of religion and Saeed’s imprisonment in Iran

Praying continues around the world– around the clock! Pray for God to give Naghmeh wisdom and peace while she is in Geneva, pray God will speak through her that every ear will hear and every heart molded to His will.

Continue to pray for Saeed’s freedom and his health! He is being denied medical treatment for internal bleeding caused by the abuse he has received in the notorious Evin prison!

Thank you for joining with us and giving a VOICE to those who have been SILENCED.

May God bless our path!

Standing Together For Human Rights In Iran-with Naghmeh Abedini 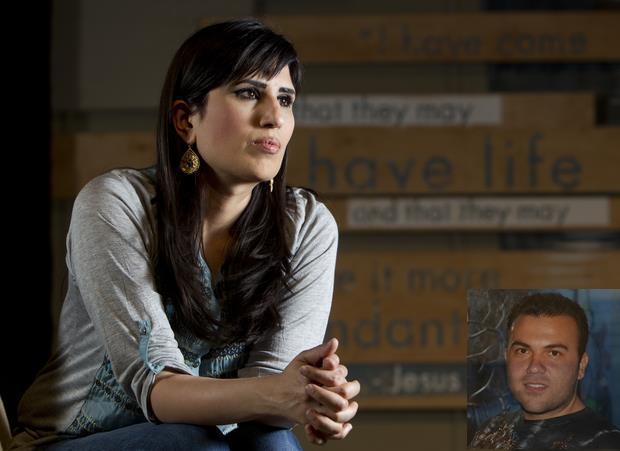 Naghmeh Abedini is tirelessly fighting for her husband release from the notorious Evin prin in Iran. Pastor Saeed Abedini, a Christian with dual United States–Iranian nationality, is currently imprisoned at Evin Prison in Tehran, the Islamic Republic of Iran, because he encouraged peaceful assemblies of Christians in private homes.

Naghmeh Abedini has started a Facebook page, Standing together for Human Rights in Iran  in hopes of encouraging peaceful demonstrations on June 13th, 2013 at noon in whichever country you are at.  Today, she is at the Airport heading to Geneva to speak before the UN. She has asked for our prayers.

I covet your prayers. I know I am not alone, I have Jesus by my side and I have all of you behind me with your love and prayers. Thank you.

I would like to emphasize again that this is a crucial time to be a voice for Saeed and those imprisoned for their faith in Iran. As Christians or even as humans, we should care about justice and human rights. This is the time to get together one day before the Iranian election (June 13, 2013) to make our voice known to the Iranian government. Please join me and ask others to join by participating in the peaceful demonstration where you live (closest Iranian Embassy near you) and by praying for His Leading in all of this.
Love,

From the Standing together for Human Rights in Iran, Facebook page:

They cannot silence millions of voices all around the world as we unite together to voice our concern for the human rights violation of Saeed Abedini and other political prisoners at Evin Prison.

VOP: Please join with our sister, Nagmeh.   Let’s stand together for Saeed and all our brothers and sisters in Iran! STAND – IN SOLIDARITY!!!

Pastor Saeed’s Case to U.N. for 2nd Time
We want to bring 600,000 signatures to the U.N. when we present Pastor Saeed’s case for the second time.
Help us meet this goal before May 30th! SIGN HERE