Nigeria (Morning Star News) – Hundreds of family members and sympathizers on Saturday (April 27) attended a funeral in northeastern Nigeria for eight young Christians, six of them minors, who were killed when an off-duty security officer drove his vehicle into their Easter procession on April 21, sources said.

The officer, identified as Adamu Abubakar of the Nigeria Security and Civil Defense Corps (NSCDC), reportedly had angry words with leaders of the Christian procession that delayed him and a passenger, off-duty police officer Murtala Hassan, from proceeding at a junction in Gombe, capital of Gombe state.

The Christian leaders of the Boys and Girls Brigade, and international, interdenominational Christian youth organization, let the two Muslim men pass through, but a survivor told Nigerian news outlet The Daily Trust that the driver warned them he would return, made a U-turn, switched off his headlights and rammed the procession from behind.

“This incident, no doubt, is motivated by terrorist acts, as the driver deliberately crashed into the procession,” the chairman of the Gombe State Battalion Brigade of the Boys Brigade, Isaac Kwadang, told Morning Star News. “The driver of the vehicle is a Muslim and an official of the Nigeria Security and Civil Defense Corps (NSCDC), while his passenger is a Muslim police officer.”

The vehicle assault also sent 12 Christians to the hospital for treatment of injuries, Kwadang said.

“Both the dead and injured Christian youths are members of the Evangelical Church Winning All (ECWA) and Church of Christ in Nations (COCIN) in Gombe,” he said. “Seven of the dead are from ECWA, while one is from COCIN.”

The two officers were also killed when crowds that survived the vehicle assault reportedly chased them down and mobbed them.

The killed and injured ECWA members were from congregations in Gombe and the Barunde, Tabra and Madaki areas of the town, while the slain victim from the COCIN was from the church at Y/Bogo, Kwadang said.

The incident occurred on Biu Road at Alheri Junction in Gombe, he said.

Later the funeral service was held at the Christian Association of Nigeria (CAN) Center in Gombe. Attending was the deputy governor of the state, Charles Iliya, and other government officials. The bodies were buried at the Christian cemetery in Gombe.

The Rev. Nicholas Okoh, primate of the Church of Nigeria (Anglican Communion), noted that the assault was directed at people celebrating the resurrection of Christ.

“It is unfortunate that such a thing should happen on Easter Day,” he said. “It also shows that our country has not arrived [at the point] that people tolerate others. People are marching, showing joy, showing happiness, and somebody decides to crush them and kill so many for no reason.”

Garba Shehu, spokesman for President Muhammadu Buhari, said in a press statement that the president was saddened by the killing of the youths.

“My heart is filled with the pain that the families of the victims were facing as they buried these promising youngsters,” he said. “The entire nation is with you as experience this sad, indescribable loss. May the Almighty God comfort you at this difficult time.”

Suicide Bombers kill over 207 at Churches and Hotels in Sri Lanka, hundreds injured

(Voice of the Persecuted) It is with a heavy heart to report on Resurrection Sunday that a massacre has taken place targeting Christians who were attending worship services at St. Anthony’s Church in Colombo, St. Sebastian’s Church in Negombo and Zion Church, in Batticaloa in Sri Lanka. At the time of this report, the latest update from police claim that at least 207 were killed and at least 450-500 injured in 8 explosions by suicide bombers at the churches, Shangri-La, Cinnamon Grand and Kingsbury hotels. Viewer Warning: below video content graphic

The majority of casualties are Christians and the death toll and numbers injured are expected to rise. Earlier, the government said they suspected the suicide bombings were carried out by one group. Finance Minister, Mangala Samaraweera said,

The bombings are not the doings of a fanatical individual. It’s obviously a highly coordinated attempt to create murder, mayhem and anarchy in the country.

The Defence Minister, Ruwan Wijewardene, said seven people have been arrested in connection with the attacks. Three police officers were killed in an explosion during a raid pertaining to the attacks.

Please remember the injured and families of victims in your prayers, today. Continue to pray for persecuted believers worldwide.

Sri Lankan Defence Minister described the bombings as a terrorist attack by religious extremists, although there was no immediate claim of responsibility. — Thirteen people have been arrested.

“A foreign intelligence agency has reported that the NTJ [National Thowheeth Jama’ath, a radical Muslim group in Sri Lanka] is planning to carry out suicide attacks targeting prominent churches as well as the Indian high commission in Colombo,” the alert said, according to AFP.

Mr Wickremesinghe said there was not an adequate response and there needed to be an inquiry into how the information was used.
Read full abc.net.au report here 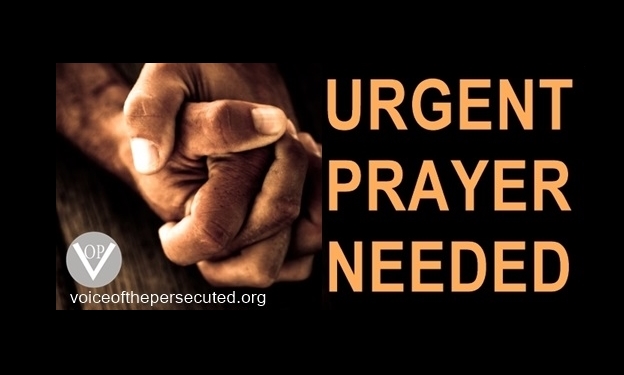 (Voice of the Persecuted)  Yesterday, bomb blasts ripped through Gulshan-i-Iqbal Park in Lahore the capital city of the province of Punjab,Pakistan. It is also known as a children’s park due to the funfair. Christian worshippers commonly gather at the park as part of their Easter celebration.  At last count, approx 70 people were killed and over 150-200injured. The death toll is expected to rise. Many of the victims were women and children.  Islamic Jihadists have claimed responsibility for the attack and admitted it was meant to target Christians though both Muslims were also killed.

Brothers and sisters, we invite you to join us tonight in prayer as we convene to pray for those impacted by this terrible tragedy. A Pakistan Christian who lost a family member during the attack and another was seriously injured, in critical condition, will also be on tonight’s call. Call info is below.

Your brother in Christ,

Persecution Watch is a teleconference prayer call that regularly convenes Tuesday, Thursday and Saturday nights. Tonight will be a 911 call.