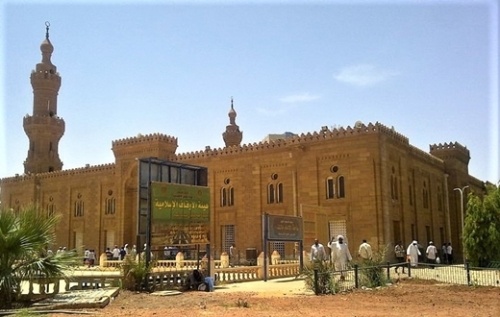 (Morning Star News) – A pastor’s son, his cousin and their 20-year-old aunt were assaulted in a suburb north of Khartoum, Sudan on Tuesday (Oct. 6) as Muslims continued targeting church members despite religious freedoms favored by the new transitional government.

Levi Hakim, 17, had gone into a shop in the Alsamrab neighborhood in Khartoum North (Khartoum Bahri) to make purchases that morning when a Muslim man approached and dragged him behind the Taqwa Mosque, Hakim’s mother said.

There two other Muslim men joined the assailant and, saying they were upset with the continued presence of Christians in the area, beat him in turns, she said.

“My son was beaten by three Muslim men, and he suffered injuries to his neck,” Adaarina Alfred Laku told Morning Star News, adding that the assailants did not rob him but tore off some of his clothing.

Hakim is a member of Khartoum National Presbyterian Church. When he failed to return from the shop, his cousin, 16-year-old Jal John Paul, went to search for him. Jal John Paul’s father, John Paul, is pastor of their church.

Upon the 16-year-old’s arrival, the assailants identified him as “another one of them [Christians]” and beat him, injuring his arm, Laku said. When the two teenaged Christians failed to return, Pastor John Paul’s sister, 20-year-old Nyawal Paul, went to the shop to see why her nephews were delayed, and the three Muslim men beat her too, Laku said. Nyawal Paul received first aid for minor injuries.

The beaten Christians, all members of the same church, did not know the three Muslim assailants, who appeared to be in their 40s, Laku said.

Her family reported the assaults to police on Tuesday (Oct. 6), but officers have not acted on the complaint, she said. Laku has since received an in-person threat from one of the assailants.

“One of the men cautioned me to drop the case, or else they will deal with us,” Laku told Morning Star News.

The Christian mother added that she was determined to proceed with the case to obtain justice for her son in spite of intimidation tactics.

The attacks come four months after June 6 asssaults on Christians in Khartoum. At the end of evening prayers at a mosque in the Al-Jerif East area, on the eastern bank of the Blue Nile River in Khartoum’s East Nile Locality, imams called for residents to rid Christian South Sudanese from the “Muslim area,” a source told Morning Star News. Attacks on Christians in the area followed that evening and the next day.

On June 20 in Omdurman, across the Nile River west of Khartoum, young Muslim men shouting the jihadist slogan “Allah Akbar [God is greater]” stabbed a Christian to death in a street assault on him and four other South Sudanese in the Shigla area, another source said.

The attacks come amid hopes that persecution of Christians would decline under the new transitional government. After Omar al-Bashir was deposed as president in April 2019, the government sworn in on Sept. 8, 2019 led by Prime Minister Abdalla Hamdok, an economist, was tasked with governing during a transition period of 39 months.

The transitional government faces the challenges of rooting out longstanding corruption and an Islamist “deep state” rooted in Bashir’s 30 years of power. After Bashir was deposed, military leaders initially formed a military council to rule the country, but further demonstrations led them to accept a transitional government of civilians and military figures, with a predominantly civilian government to be democratically elected in three years. Christians were expected to have greater voice under the new administration.

Following the secession of South Sudan in 2011, Bashir had vowed to adopt a stricter version of sharia (Islamic law) and recognize only Islamic culture and the Arabic language. Church leaders said Sudanese authorities demolished or confiscated churches and limited Christian literature on the pretext that most Christians have left the country following South Sudan’s secession.

In April 2013 the then-Sudanese Minister of Guidance and Endowments announced that no new licenses would be granted for building new churches in Sudan, citing a decrease in the South Sudanese population. Sudan since 2012 had expelled foreign Christians and bulldozed church buildings. Besides raiding Christian bookstores and arresting Christians, authorities threatened to kill South Sudanese Christians who did not leave or cooperate with them in their effort to find other Christians.

In light of advances in religious freedom since Bashir was ousted in April, the U.S. State Department announced on Dec. 20, 2019 that Sudan had been removed from the list of Countries of Particular Concern (CPC) that engage in or tolerate “systematic, ongoing and egregious violations of religious freedom” and was upgraded to a watch list.

Sudan had been designated a CPC by the U.S. State Department since 1999.

Sudan ranked 7th on Open Doors’ 2020 World Watch List of the countries where it is most difficult to be a Christian.