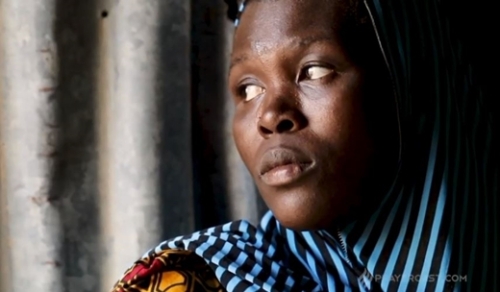 (Voice of the Persecuted) West Africa: proud, tribal protectors of the Muslim faith

West Africa is a collage of 16 nations the size of continental USA but with 40 million more people. It contains tropical coasts, low mountains, inland grassland plateaus, and part of the formidable Sahara Desert.

West Africa’s best feature is her people, not her washboard plateau geography. It is not a popular tourist destination. Most people live as farmers or partial farmers, while those seen as entrepreneurs are the government workers and traders and exporters of cocoa, cotton, and foods. Gold, minerals, and precious stones are rare.

Following several historic empires (Gana, Mali, Songhay, Ashanti, Benin), West Africa faced two waves of colonization: the Muslim colonization of the Sahel, and the 19th-century Anglo-French rivalry over all of West Africa. Between 1957 and 1976, sixteen colonies became independent nations, although their economies are still deeply dependent on regional and global treaties.

WHAT ARE THE GREATEST STRUGGLES IN WEST AFRICA?

West Africans are noble and face profound struggles. As vibrant multi-ethnic nations, they grapple with the rapid influx of imported technology, the imposition of Western ‘human rights freedoms,’ and the growth of assertive Muslim, Christian, and occult movements.

Rapidly growing cities integrate thousands of migrants every day. They compete for limited educational opportunities, inadequate employment, and impoverished housing. The rising cost of medicine and the fear of renewed outbreaks of plagues, droughts, or malnutrition weigh on parents. The internet informs them that their continent is lagging behind other parts of the world in industrialization, professional services, and innovative research.

Multiparty democracy has yet to triumph over one-man tribal or military rule. National economies are routinely dominated by global powers such as China, the European Union, or Arab oil-states. West Africa is a dumping ground of cheap and second-hand products from stronger economies that supress local entrepreneurship and innovation and cause ongoing cycles of dependency on foreign aid.

Apart from the small missionary Ahmadiyya sect and Shia Muslims in Northern Nigeria, West African Islam is Sunni. West African Islam’s uniqueness is that its fight against European colonialism caused it to flourish.

There are four main types of Islam in West Africa. First, there is a conservative tribal Islam widespread among peoples such as the Fulani, Tuareg, Hausa, Wolof, etc. In rural areas, many practice Folk Islam. This is led by itinerant marabout (holy men) and imams who are practitioners in the occult. Women especially seek help from the jinn spirit powers.

Third, Sufi mystic brotherhoods strongly influence politics. The Qadariyya Sufis from Baghdad spread to Mali, promoting conservative political Islam and mystic worship at saints’ tombs. Tijaniyyah Sufis from Morocco split from the Qadariyya in order to engage in jihad against French colonialism. Due to the success of Fulani jihadists, the Tijanis are now the largest Sufi movement in West Africa. In Senegal, the Mouride Sufis dominate.

In the last few decades, militant-jihad interpretations of Islam have returned to West Africa. Three jihadi groups dominate: Boko Haram in NE Nigeria, North Cameroon, the Lake Chad region, and SE Niger; The Jamaat Nusrat and al-Qaeda affiliates in Mali and Burkina Faso; and Islamic State in the Mali Sahara and in Burkina Faso.

WHAT IS GOD DOING IN WEST AFRICA?

Islam is dominant in the grassland regions bordering the Sahara, whereas Christianity dominates coastal regions. Cities have Muslim, Christian, and mixed quarters. Overall, the strength and growth of Islam and Christianity are similar. The kingdom of God in West Africa is among the most expressive in the world. Pentecostals are joining missions to Muslims and are emphasizing power encounters.

The number of overseas missionaries has declined but is still significant. The most effective promotion of the Gospel is through radio, internet, Christian schools, and compassion ministries, especially in offering refuge to believers from Muslim backgrounds.

Opposition varies from the coastal to the inland regions.

While most Muslims resist militant interpretations, they strongly denounce Christianity in the mosques and on radio. The strongest opposition comes from families and tribal communities. Where sharia law prevails, conversion leads to violence, criminal charges, or expulsions. Where militants dominate, martyrs are many. Yet, more Muslims are responding to Christ than ever before.

We continue to pray for:

“Our prayers do have an impact on the things of eternity and the souls of men and women to find truth in him who is the Living Word. Please join us on the prayer conference call to lift prayers up together. As ever, I remain your brother and prayer partner in our Lord Jesus. Meet you on the call!

If you are unable to participate on the call, or cannot join us on a particular evening, you can still use the prayer points and pray in your personal prayer closet. The only thing I would urge you is, please do it.  Whether you pray privately, in a group, or on our call, please pray for a great harvest of souls during this time of Ramadan.” – Blaine Scogin, Founder of Persecution Watch and former Prayer Director of Voice of the Persecuted.

As Blaine Scogin did each year, the team will continue to host nightly calls during Ramadan. We will be following along with the Prayercast Team’s platform in praying for Muslims for the next 30 days, which began on April 24. Please sign up here to receive the daily video and prayer points from Prayercast which we will cover on the nightly prayer conference calls. If you have yet to do so, it’s not to late. Dear brothers and sisters, we challenge you to join us on the conference call to pray with us during these 30 nights of prayer for the persecuted, the harvest, and for Muslims to come out of the dark, receive the truth and follow Jesus.

What is Persecution Watch?
Persecution Watch is a U.S. national prayer conference call ministry that prays specifically for the global Persecuted Church. For over a decade, Blaine Scogin led this national network of believers who faithfully pray for the persecuted and the global harvest for the Kingdom of God. The group meets via a free call-in service every Tuesday, Thursday and Saturday night at 9pm Eastern (please check your time zone). Blaine also served as Prayer Director for Voice of the Persecuted and our missions became one. The prayer mission of Persecution Watch is an important part of our own. With the passing of Blaine into glory on December 26, 2019, Voice of the Persecuted is committed to continue the prayer conference call for the persecuted along with our dedicated prayer warrior team.

On occasion, persecuted brothers and sisters have been invited on the call to share the trials they’re facing. The team serves to encourage them by washing their feet in Spirit led prayer. Time is often reserved for those on the call to ask questions. We believe this helps to gain a better understanding of the situation that persecuted Christians endure in their specific nations. Q&A also helps us to focus our prayers based on their current needs.

Persecution Watch also hosts callers who want to pray united from other nations. If your heart is perplexed by the sufferings of our persecuted brothers and sisters, you no longer need to pray alone. We welcome all who desire to pray for the persecuted church and consider it a joy to pray together with you. If you’re new to the call and can’t find your voice, listen in and pray silently or on mute. We are grateful and thank the Lord for bringing us all together to pray in agreement for our persecuted family in Christ. We can all be prayer warriors on this call!

NOTE: Persecution Watch has a new email address for the prayer team and those who would like to receive urgent prayer requests, weekly call prayer points and notification of special prayer events and special guest speakers. Please fill out the form below to be included in our new distribution list to receive this important information. Since the passing of Brother Blaine Scogin, we thank you for your patience as we have transitioned into this new season. We are grateful for your prayers and to the Lord for guiding us as we continue the Persecution Watch prayer call mission.

By VOICE OF THE PERSECUTED in Christian News, Christian Persecution News, Faith, How To Pray, Persecution Watch Prayer Conference Call, Pray on, Word for the Body of Christ on April 30, 2020.
← Praying for Muslims during Ramadan Day 6: Central Asia Couple Abducted from Wedding in Attacks in Northwest Nigeria that Kill 12 Christians →