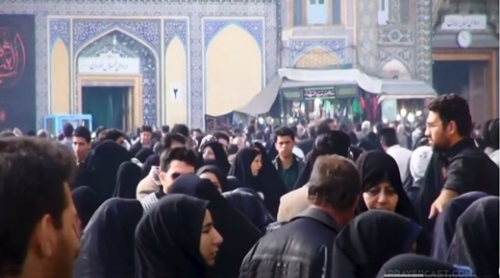 (Voice of the Persecuted)

The Persian world consists of peoples who are ethnically, linguistically, and historically related to the Persian or Iranian people. It is a vast region in Asia, extending from Azerbaijan and Iran in the West through Afghanistan (where 80% speak Dari, a Persian dialect), Uzbekistan, and Tajikistan in the northeast. Iran is the heartland of the Persian world, where an estimated 65-79 percent are Persian. Significant numbers of Persians also live outside of the region in the West.

The Persians are an ancient civilization; the city of Susa was founded in 4,400 BC! Unlike most other peoples in the Middle East that were conquered by the Arabs, Persians were never Arabized. Persians are justly proud of their long and ancient history. They have retained their language and rich culture for thousands of years.

The region geographically is extremely varied with deserts in the south, vast agricultural plains and dramatic mountain ranges in the north and east. It is a region of spectacular natural beauty with moderate to very cold climates and often sparse populations (except Iran).

WHAT ARE THE GREATEST STRUGGLES IN THE PERSIAN WORLD?

Since Islamists took control of the 1979 secular revolution that overthrew the Shah, Iran has been under the control of radical Shia Muslims who govern the country and dominate the region with a peculiar brand of Islamic Messianic fundamentalism.

The nations surrounding Iran that have large blocks of Persian peoples are all struggling for their identity following the dissolution of the Soviet Union at the end of 1991.

Some of these countries like, Afghanistan, turn to Islam to find their identity, but other are seeking to forge new national security identities around culture and language such as in Tajikistan. Few of these countries are stable and none are thriving economically. Many in the Persian world live in challenging conditions and have limited political or religious freedom.

The vast majority of Iranians are Shia Muslims (90-95%), but in the larger Persian world the Shia-Sunni mix varies, with some countries being almost entirely Sunni.

The flavor of Islam in each region varies, with Iran’s Shia fundamentalism being among the most militant and restrictive. The regime in control of Iran is a theocratic dictatorship, in which the religious elite try to control the political, social and, economic lives of their people.

In the former Soviet parts of the Persian world, peoples who were Muslim before the Soviet era again view themselves as Muslim, even though they are often completely non-practicing.

The two things that set the Persian world apart from other Muslim regions are the strong presence of Shia Muslims (in Iran and Azerbaijan) and, in the former Soviet states; the varied opinions that people have about what it means to be Muslim, in a societies where secular and Islamic values are in conflict.

WHAT IS GOD DOING IN THE PERSIAN WORLD?

God is at work in the Persian World! In Iran, though the small visible Christian minority is in decline, the number of Muslims turning to Christ is increasing rapidly. Many say that Persian people are more responsive to the Gospel today than any other ethnic group in the world.

However, in some countries in the region, there are almost no known believers nor any movements to Christ. In others there are slowly developing fledgling house church movements. Foreign workers often have a hard time gaining access, though increasing efforts in internet and satellite TV outreach are bearing fruit. The extent and intensity of persecution in the region varies. The areas where the church is growing the fastest experience extensive and even severe persecution (like in Iran).

Tragically, in other places, persecution is so strong that even establishing house churches looks humanly impossible. Every country in the region is on Open Doors’ list of the top 50 countries with serious persecution.

“Our prayers do have an impact on the things of eternity and the souls of men and women to find truth in him who is the Living Word. Please join us on the prayer conference call to lift prayers up together. As ever, I remain your brother and prayer partner in our Lord Jesus. Meet you on the call!

If you are unable to participate on the call, or cannot join us on a particular evening, you can still use the prayer points and pray in your personal prayer closet. The only thing I would urge you is, please do it.  Whether you pray privately, in a group, or on our call, please pray for a great harvest of souls during this time of Ramadan.” Blaine Scogin, Founder of Persecution Watch and former Prayer Director of Voice of the Persecuted.

As Blaine Scogin did each year, the team will continue to host nightly calls during Ramadan. We will be following along with the Prayercast Team’s platform in praying for Muslims for the next 30 days, which began on April 24. Please sign up here to receive the daily video and prayer points from Prayercast which we will cover on the nightly prayer conference calls. If you have yet to do so, it’s not to late. Dear brothers and sisters, we challenge you to join us on the conference call to pray with us during these 30 nights of prayer for the persecuted, the harvest, and for Muslims to come out of the dark, receive the truth and follow Jesus.

What is Persecution Watch?
Persecution Watch is a U.S. national prayer conference call ministry that prays specifically for the global Persecuted Church. For over a decade, Blaine Scogin led this national network of believers who faithfully pray for the persecuted and the global harvest for the Kingdom of God. The group meets via a free call-in service every Tuesday, Thursday and Saturday night at 9pm Eastern (please check your time zone). Blaine also served as Prayer Director for Voice of the Persecuted and our missions became one. The prayer mission of Persecution Watch is an important part of our own. With the passing of Blaine into glory on December 26, 2019, Voice of the Persecuted is committed to continue the prayer conference call for the persecuted along with our dedicated prayer warrior team.

On occasion, persecuted brothers and sisters have been invited on the call to share the trials they’re facing. The team serves to encourage them by washing their feet in Spirit led prayer. Time is often reserved for those on the call to ask questions. We believe this helps to gain a better understanding of the situation that persecuted Christians endure in their specific nations. Q&A also helps us to focus our prayers based on their current needs.

Persecution Watch also hosts callers who want to pray united from other nations. If your heart is perplexed by the sufferings of our persecuted brothers and sisters, you no longer need to pray alone. We welcome all who desire to pray for the persecuted church and consider it a joy to pray together with you. If you’re new to the call and can’t find your voice, listen in and pray silently or on mute. We are grateful and thank the Lord for bringing us all together to pray in agreement for our persecuted family in Christ. We can all be prayer warriors on this call!

NOTE: Persecution Watch has a new email address for the prayer team and those who would like to receive urgent prayer requests, weekly call prayer points and notification of special prayer events and special guest speakers. Please fill out the form below to be included in our new distribution list to receive this important information. Since the passing of Brother Blaine Scogin, we thank you for your patience as we have transitioned into this new season. We are grateful for your prayers and to the Lord for guiding us as we continue the Persecution Watch prayer call mission.