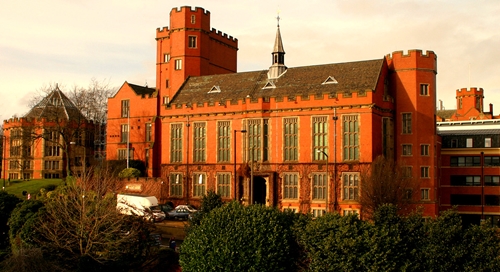 After four years, a Christian student won his appeal in a UK appeals court after he was expelled from college for expressing his faith on sexual ethics in a debate on social media, according to CBN News.

Felix Ngole was dismissed from the University of Sheffield in 2016 where he was studying to become a social worker.

He was expelled for his participation in a 2015 Facebook discussion opposing same-sex-marriage. Being a devout Christian, he quoted biblical verses confirming the traditional Christian views on marriage.

A complaint was filed against Ngole by an anonymous source several months after the Facebook discussion. He was told by the university that he “lacked insight’ into the effect of his Facebook posts. The expression of his Christian views was found to be unacceptable by the university, and he was required to stay silent on the subject while attending the school.

Ngole was also told not to express his Christian views in public, including a church. He could never express his viewpoint in a work situation even if directly asked.

In their decision, the Court of Appeals rebuked the university saying that people should not live in fear when expressing their views. The court said, “The mere expression of religious views about sin does not necessarily connote discrimination.”

Ngole was represented by religious rights attorney, Paul Diamond, who objected to the university’s disciplinary process of silencing speech.

The student took to Facebook and expressed gratitude for his victory, writing:

“You say something that your employer doesn’t like and they expel you. And we know that type of thing that you would say that would lead to that. Most of it is just expressing your faith which as a Christian country we should be able to do that.” Read More

Voice of the Persecuted — Sources on the ground reported to (VOP) that approximately 50 Pakistani Christians were arrested from a building on the outskirts of Bangkok around 7 a.m., this morning (July 8). Immigration authorities raided and rounded up as many people as they could. They
broke through doors and violently took people out. Those who resisted were beaten as well.
.
The building had had a high occupancy rate among Pakistani Christians Asylum Seekers for many years. This is the first time it has been raided. It is also the first time we’ve heard of authorities beating those being apprehended. It was also shared that they were taken to the notorious Immigration Detention Centre (IDC) known for it’s inhumane condition.
.
VOP Note: Please pray for these families and the safety of those suffering and hiding. Pray doors will open to be approved asylum status and leave the nightmare of Thailand for a host nation.
.

7-Year-Old in Nigeria: How Herdsmen Shot Me and Killed My Uncle 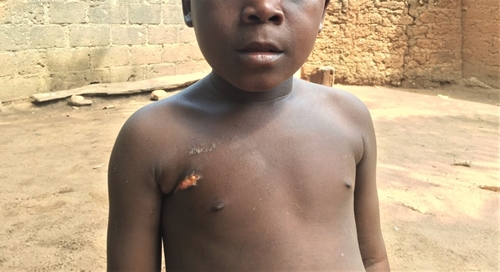 Nigeria (Morning Star News) – As a Baptist church member tried to fight off an armed Muslim Fulani herdsman in a village in north-central Nigeria, he told his 7-year-old nephew and other relatives to run.

The boy remained, crying and calling for help.

Jerome, whose real name is withheld for security reasons, recalled how gunshots woke him and his family around midnight on May 3 in Gwanje village, 18 kilometers (11 miles) from Akwanga in Nasarawa state. His account of a relatively limited attack gives a glimpse of how hundreds of Christian families have been terrorized by herdsmen.

A neighbor rushed over to tell Jerome’s father that he had received a call that the herdsmen were attacking from the south and coming toward their home north of the village.

Jerome’s father, 39, told his younger brother, 21-year-old Istifanus Arewa, to take the family into hiding in a forest 200 meters away. As Jerome fled with his uncle, mother and grandmother, the herdsmen began to shoot at them, the boy said.

“My uncle pulled me down and asked my mother and grandmother to also lie down on the ground in order to avoid the bullets that were being shot at us,” Jerome told Morning Star News. “As we lay there on the ground, one of the herdsmen came to where we were and pointed his gun at my uncle. When the Fulani man was about to shoot my uncle, my uncle jumped up and grabbed him, and they began to wrestle each other.”

Arewa shouted for them to run, the boy said.

“My mother and grandmother ran away while I stood there crying and calling for help,” Jerome said. “But as this was going on, another Fulani man shot me, and the bullet hit me on the upper side of my right shoulder. I fell down and crawled under a thick shrub.”

“The shooting brought the two of them down, and after sensing that he killed both my uncle and the other Fulani, the Fulani man left,” Jerome said. “I ran back to the village and saw an open door to a room in another house, were I entered and hid. I was in there until my parents and other people found me in that room the following morning.”

Arewa died trying to save his relatives, said Jerome’s father, whose identity is withheld for security reasons.

“My younger brother, in order to protect the little boy, my wife and mother, braved it to wrestle with the armed Fulani man,” he said.

He confirmed that the shot that killed his brother instantly also killed the other Fulani.

“This singular act by my brother, who fought with his bare hands against the Fulani man, forced the herdsmen to retreat,” he said. “If this bravery and heroic act by my younger brother had not happened, the herdsmen would no doubt have killed us all and burned down our homes.”

Arewa was a member of the Men’s Missionary Union of the Bishara Baptist Church in Gwanje, he said.

At about 5 a.m. the next day (May 4), family members returned to the village from the forest and found the corpses of Arewa and the Fulani, said Jerome’s father, a lay leader in the Baptist church.

“My little son, who throughout the night of the attack was missing, was found by us in a room where he ran into and hid himself,” he said. “He took us to the spot they were shot at, and we found the corpses.”

Also wounded that night was Moses Ayuba, a 29-year-old member of the Evangelical Church Winning All (ECWA) in Gwanje. He received treatment for serious injuries at the Federal Medical Center, Keffi, in Nasarawa, relatives said.

In the southern end of Gwanje village, Ayuba was shot in his hand and waist, his father, Ayuba Para, 65, told Morning Star News.

Para said that his son went out after hearing the sound of gunshots, thinking they came from police who usually patrol the area.

“Unfortunately, on this night, the policemen were not around, and so my son ran into the herdsmen who were invading the village, and they shot him,” Para told Morning Star News. “And when I heard him crying, I ran out to the spot only for the herdsmen to shoot at me. I narrowly escaped being killed as I ran into the bush behind my house.”

After shooting Ayuba, the herdsmen left, he said.

The herdsmen attack on Gwanje village was the second in two weeks on Christian communities in Akwanga County.

For his part, Jerome’s father said he was saddened that the Nigerian government has taken no serious measures to end such attacks.

“I’m not happy about these unnecessary attacks on innocent Christians in Nigeria,” he said. “There’s the need for the government to act to end these killings. I plead also, that other fellow Christians pray for an end to these killings. We are in need of God’s peace in our country.”

Christians make up 51.3 percent of Nigeria’s population, while Muslims living primarily in the north and middle belt account for 45 percent.