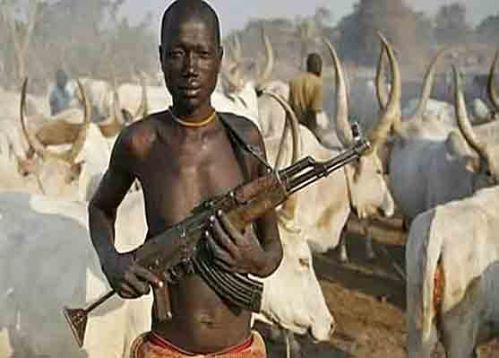 Nigeria (Morning Star News) – A pregnant mother of two children was among three Christians killed by Muslim Fulani herdsmen in north-central Nigeria the night of July 14 and morning of July 15, sources said.

Margaret Wakili, a 27-year-old member of the Baptist Church in Ancha village, Plateau state, was slain on her farm at about 10 a.m. on July 15, area residents told Morning Star News.

Ancha village was the scene of an attack two years ago, when Fulani herdsmen killed 22 Christians, all members of the Baptist Church in the village.

Moses told Morning Star News by phone that Muslim Fulani herdsmen attacked the villages on the night of July 14 and the early hours of July 15. In Tafigana village, Bassa County, she said, they killed Thomas Wollo, 46, and his son, Ngwe Thomas Wollo, 7.

“Both of them were ambushed and killed in Tafigana village as they were returning to their home after attending a church program at St. Peter’s Catholic Church, Tafigana, at about 8:30 pm,” she said.

Lawrence, of Miango town, told Morning Star News that the herdsmen beheaded the elder Wallo after killing him. He said attacks on Christian communities in the area have heightened, with one village or another attacked nearly every day.

“We have been experiencing daily attacks by these Fulani herdsmen in our communities, most especially on Sundays during worship hours or Thursdays when church activities are held,” he said.

Lawrence said that 75 houses with food stores and two church buildings were burned down.

“The herdsmen destroyed farm produce worth millions of naira, and a lot of domestic animals were killed in the two villages,” he said.

The attacks on the farms occurred on July 14 as Christians were in worship services in the villages, he said.

Ayuba, another resident of the area, confirmed that Wollo and his son were killed on July 14.

“The attacks by the herdsmen continued on Monday morning with another village, Ancha, attacked, and a woman killed,” Ayuba said. “As a people, we are continuously under attack, and nobody seems to be hearing our cries for help, while killing of our people has now become a routine.”

Two other area Christians were killed in prior attacks. On July 7 in Kperie village of Kwall District, also in Bassa County, the herdsmen ambushed and killed a Christian identified as Ezekiel Audu, 25, at about 9 pm., Moses said.

“Christian residents said Audu was riding his motorcycle in company of his friends when they were ambushed and shot by the herdsmen,” she said. “He was a member of ECWA [Evangelical Church Winning All] church in Kperie village.”

Prior to the July14-15 assaults, the herdsmen also attacked Hukke and Rikwechongu villages, destroying crops on farms belonging to Christians.

On May 3 at about 10 p.m., the herdsmen had attacked the same two villages, killing a Christian identified as 63-year-old Di Zere. Zere was killed in his room when the herdsmen broke into his house as he and his family were sleeping. His corpse was burnt, and his 10-year-old daughter sustained gunshot wounds.

“We are left without rescue,” he said. “Houses were burnt and razed down, alongside many churches. Farm produce has been destroyed, while many with gunshot wounds are currently in hospitals. Hundreds of our people have been killed by the Fulani herdsmen in the past three years.”

In southeastern Nigeria’s Enugu state, Fulani herdsmen shot and wounded a Catholic priest and one of his parishioners on Wednesday (July 17), sources said.

The Rev. Ikechukwu Ilo of St. Patrick’s Catholic Church, in Numeh, was shot as he and Chika Egbo drove along the Numeh-Nenwe Highway in Nkanu East County at about 7 p.m., according to a church press statement.

The statement from the Catholic Church quotes the priest as saying that those who attacked them were armed herdsmen.

“As we drove towards the village, the Fulani killer herdsmen, who spoke both in English and Fulani languages, opened fire, trying to force us to stop,” Ilo said. “Seeing that we were not ready to cave in to their intimidation, they started raining bullets on our vehicle at close range, and in the process, shot me at my ankle and shoulder while the other victim was shot in her leg and waist.”

The Rev. Benjamin Achi, spokesman for the Catholic Diocese of Enugu, told Morning Star News by phone that the attack on the priest and parishioner was carried out by Fulani herdsmen.

“Fr. Ilo and the woman with him are currently receiving treatment at a Catholic Church health facility, the Annunciation Specialist Hospital, Emene, Enugu state,” Achi said.

“The Enugu state command of the Nigeria Police Force through its operatives are investigating the attack on a priest identified as Rev. Fr. Ikechukwu Ilo of St. Patrick Parish, Numeh on Wednesday July 18, 2019, along the Numeh axis of Nkanu East Local Government Area of Enugu State,” police spokesman Ebere Amaraizu said in a press statement.

Another Catholic priest, the Rev. Lazarus Nwafor, in August 2016 was killed by herdsmen when they attacked Attakwu town in Enugu state. The Rev. Callistus Onaga, bishop of the Catholic Diocese of Enugu, stated then that Nwafor was cut several times in the attack by the herdsmen on the Attakwu Christian community in Nkanu West County.

Such attacks by Muslim Fulani herdsmen have adversely affected churches and crippled productive activities in the area, church leaders say.

Christians make up 51.3 percent of Nigeria’s population, while Muslims living primarily in the north and middle belt account for 45 percent.