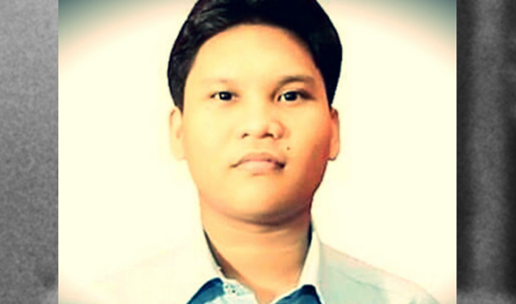 Agung Kurnia Ritonga, 22, a student at the University of North Sumatra in Medan, was found guilty of insulting Islam and is facing 18 months in jail. (photo supplied-ICAN)

Prosecutors demand 18-month term for Christian youth accused of mocking the burning of an Islamic flag.

Prosecutors in Indonesia have demanded an 18-month jail term and a $715 fine for a Christian student accused of insulting Islam.

Agung Kurnia Ritonga, 22, a student at the University of North Sumatra in Medan, is currently on trial for insulting Islam in an Instagram post by mocking the burning of an Islamic flag in October last year.

Ritonga’s Instagram post on Oct. 24, was said to have insulted the tawhid flag that has script describing the monotheistic God in Islam and God himself.

He was arrested the next day after hundreds of Muslims surrounded his house in protest.

During trial proceedings this week, prosecutors told the panel of judges that Ritonga’s actions could have damaged interreligious harmony.

Muhammad Irwansyah Putra, a local mosque official who made the initial blasphemy complaint, said he was satisfied with the trial’s outcome and agreed with the jail term demanded by prosecutors.

“I agree with the proposed sentence as it should appease anger and avert possible violence,” he told ucanews.com.

“What he wrote did not aim to insult Muslims, he only wanted to debate [with them],” he said.

Bonar Tigor Naipospos, deputy director of Setara Institute for Democracy and Peace, regretted that such a case required a jail sentence.

“It was because of pressure from radical Muslim groups,” Naipospos said.

He referred to the case of a Buddhist woman, also from Medan, who was jailed for 18 months in August last year for complaining about the noise from a local mosque’s loudspeakers during the call to prayer.

The blasphemy law is discriminatory, he said.

VOP Note: As Christians, we must ask the Lord to give us discernment to choose our words wisely for the glory of His Kingdom.