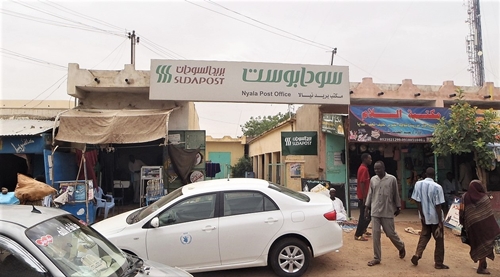 Personnel from Sudan’s National Intelligence and Security Services (NISS) interrupted the worship service the afternoon of Oct. 10 in Nyala, capital of South Darfur state in western Sudan’s Darfur Region and arrested all 13 Christians present (not Oct. 13 while evangelizing Muslims, as reported elsewhere), the sources said.

NISS personnel gave no reason for arresting the Christians, members of four different churches who had come together for the service, except to say that they were all converts from Islam, the sources said. Authorities are targeting Christian converts from Islam in Darfur, they said.

“We are worried because their whereabouts are still unknown,” said one source, adding that he feared they might be tortured. “The Christians gathered as one body of Christ from different denominations.”

Other Christians arrested were identified only as Kamal, Abdullah, Mutasim, Mujahid, El Sadik Afendi, Bolis Suliman and Abdel Maseh. NISS, widely regarded as a notorious agency staffed by hard-line Islamists, may hold people in detention for up to four and a half months without charges.

Following the secession of South Sudan in 2011, Sudan President Omar al-Bashir vowed to adopt a stricter version of sharia (Islamic law) and recognize only Islamic culture and the Arabic language. Church leaders said Sudanese authorities have demolished or confiscated churches and limited Christian literature on the pretext that most Christians have left the country following South Sudan’s secession.

The Sudanese Minister of Guidance and Endowments announced in April 2013 that no new licenses would be granted for building new churches in Sudan, citing a decrease in the South Sudanese population.

Sudan since 2012 has expelled foreign Christians and bulldozed church buildings on the pretext that they belonged to South Sudanese. Besides raiding Christian bookstores and arresting Christians, authorities threatened to kill South Sudanese Christians who do not leave or cooperate with them in their effort to find other Christians.

Sudan fought a civil war with the south Sudanese from 1983 to 2005, and in June 2011, shortly before the secession of South Sudan the following month, the government began fighting a rebel group in the Nuba Mountains that has its roots in South Sudan.

Due to its treatment of Christians and other human rights violations, Sudan has been designated a Country of Particular Concern by the U.S. State Department since 1999.

Sudanese police released ten Darfuri Christians on Sunday, 21 October, after they faced severe pressure for their faith and were beaten, a local source has told World Watch Monitor.

The ten were part of a group of 13 Christians who were taken by security officials from a home they shared in the city of Nyala, southwest Darfur, on 13 October. It is not clear on what charges they were arrested, though three of them were released shortly after.

It is also unclear if any of them will face further prosecution, according to World Watch Monitor’s source.