Home » Anti-Christian » TURKEY – The crisis of religious minority schools worsens. Now there are only 24

TURKEY – The crisis of religious minority schools worsens. Now there are only 24 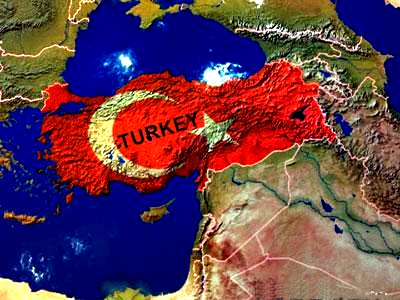 The 24 schools belonging to Foundations and bodies associated with Christian minorities in Turkey are experiencing a critical phase again. The beginning of the new school year saw the drop in the number of students enrolled, which could push some of those school institutes to close down. This is what Toros Alcan, president of the Armenian School Foundation Sur Hac Tibrevank and a representative of the Foundations of Minorities within the Turkish Foundations Assembly denounces. In some statements, from the Turkish press, Alcan pointed out the decisive factors behind the crisis of minority schools that legislation equates these school institutes to private ones, greatly reducing the forms of state support they can access. Alcan recalled that minority-based schools operate without profit, their rights are guaranteed in the Lausanne Treaty, and their status cannot be homologated to private schools.

In the last years of the Ottoman Empire, schools belonging to minority communities in the territory of today’s Turkey were 6437. Their number dropped dramatically to 138 in the early years following the foundation of the Turkish Republic when the nationalist politics of the Union and Progress Committee, aiming to build and impose the unique model of the “Turkish citizen”, began to inspire the policy of expulsion of minority groups. The nationalist mentality also saw minority schools as obstacles to such homologation process.

In recent years, namely between 2014 and 2015 (see Fides 4/11/2014), there was a significant increase in the number of schools belonging to the Foundations and institutions linked to Christian communities in Turkey and authorized to receive financial support by the State. In that school year, schools belonging to Foundations linked to various Christian communities had become 55. Of these, 36 belonged to the Armenian community, 18 to the Greek community, and a kindergarten belonged to the Syro-Orthodox community. Already a year later, the number of schools linked to Christian minorities had dropped dramatically, attesting to the current quota of 24 schools.

The difficulties caused the closure of schools especially linked to the small Greek Orthodox minority. Already then – reported local sources consulted by Agenzia Fides – Turkish lawyer Nurcan Kaya, Coordinator of the Minority Rights Group, underlined the urgency of defining a regulatory framework that specified the rights and duties of these schools, clarifying the state funding mechanisms and eliminating the obligation of Turkish citizenship for students (a clause that significantly reduces the number of potential pupils). (GV) (Agenzia Fides, 24/11/2017)