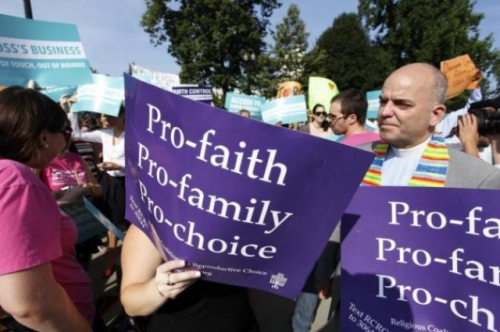 A group of liberal clergy gathered at a Fort Worth, Texas abortion clinic to “bless” its staff and patients, sing “Hallelujah,” and support abortion as a woman’s “God-given right.”

The Texas Observer reported liberal clergy organized by the Religious Institute gathered last Thursday, November 9, to pray for God’s blessings over the abortion clinic and counter the narrative “Anti-abortion advocacy is often inextricably tied to religion.”

The pro-abortion prayer event was organized by Kentina Washington-Leapheart, a minister who earned her Master of Divinity degree from the United Methodist-affiliated Garrett-Evangelical Theological Seminary and director of programs for reproductive justice and sexuality education at the Religious Institute. READ MORE

Voice of the Persecuted Note: Following the commands of a worldly culture, instead of the Word of God. I’m reminded of Matthew 13:24-30, the parable of the Wheat and Tares.
.
Jesus said, “The kingdom of heaven may be compared to a man who sowed good seed in his field. But while his men were sleeping, his enemy came and sowed tares among the wheat, and went away. (Tares, a weed, or darnel which is referred to as “false wheat”. It bears a close resemblance to wheat until the ear appears.) But when the wheat sprouted and bore grain, then the tares became evident also. The farmhands came and said to the man, ‘Sir, didn’t sow good seed in your field? How then does it have tares?’ He said to them, ‘An enemy has done this!’ They asked him, ‘Do you want us to go and gather them up?’ But he said, No; for while you are gathering up the tares, you may uproot the wheat with them. Allow both to grow together until the harvest; and in the time of the harvest I will say to the reapers, “First gather up the tares and bind them in bundles to burn them up; but gather the wheat into my barn.
.
Jesus said, ‘If you love Me, you will keep My commandments.’ And ‘He who does not love Me does not keep My words,’ John 14:15-24
1 John 2:3-6 By this we know that we have come to know Him, if we keep His commandments. The one who says, “I have come to know Him,” and does not keep His commandments, is a liar, and the truth is not in him; but whoever keeps His word, in him the love of God has truly been perfected. By this we know that we are in Him: the one who says he abides in Him ought himself to walk in the same manner as He walked.
.
Do they really believe a God-given right allows us to take the life of another?
You either believe in God’s word, or you don’t. You either follow Jesus, or you don’t. There is nowhere in-between and the choice is simple, the LORD or the world being led astray by the god of this age.  Let us not be deceived! 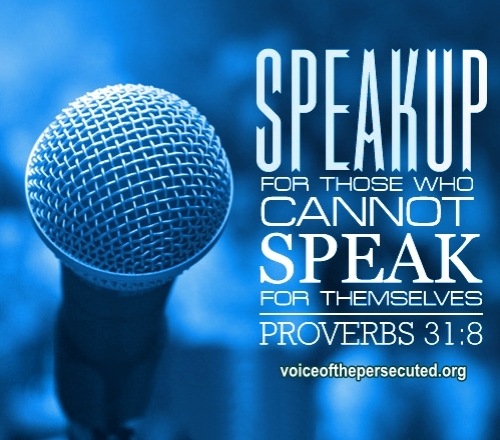 By VOICE OF THE PERSECUTED in Against Christianity, False Doctrine, News to watch, Word for the Body of Christ on November 15, 2017.
← Germany charges Palestinian with murder of Christians over Temple Mount Tensions Underground Churches in China…A Rare Video Clip →