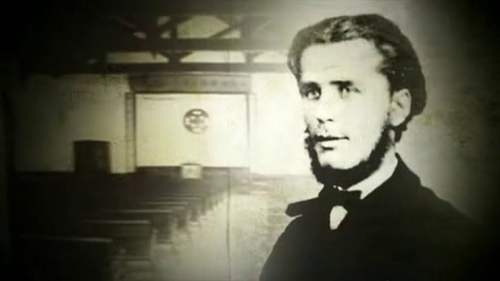 Many in Wales never heard of the Welsh missionary Robert Jermain Thomas but in South Korea he’s recognized as a hero and the man who brought Christianity to the country.The young missionary left the shores of Britain to minister God’s Word in China and Korea. His martyrdom would be the seed that would grow and contribute to the Korean revivals in 1903 and 1907. Be encouraged by his testimony and the growth of Christianity in Korea.

Christmas is a time of great celebration for the world’s two billion or so Christians. In one part of the planet, though, the lights are out. There is not be a flicker of recognition of the festival in North Korea – or not in public. It may be celebrated secretly, particularly as 2016 is the anniversary of a great Christian martyrdom on the banks of the Taedong river in Pyongyang.

Nobody knows how many North Koreans celebrate the birth of Christ just over two millennia ago. For them, displays of faith can lead to prison or worse.

And nobody knows either who will remember the death 150 years ago of a missionary on the banks of the Taedong river.

The Welshman, Robert Jermain Thomas, was one of the big figures who brought Christianity to the Korean peninsula. Befitting his contribution, his death, around the end of August in 1866, has been marked with loud and joyous celebrations in churches in Cardiff and Seoul.

But from Pyongyang, where Thomas was martyred, there has not even been a peep of the smallest trumpet. Read more

Please remember our brothers and sisters living in North Korea, the most dangerous place to be a Christian.

What you would do if you were living in North Korea under it’s oppressive rule? Imagine living in extremely harsh conditions without a freedom of speech, little hope for the future and the possibility of extreme punishment, even death for being a Christian? Imagine what it means to risk not only your own life but that of your spouse, children and even extended family members because you believe in Jesus. What would you do?

Pray that God will break Communism in North Korea.

Pray for the secret believers who face torture and execution if discovered.

Pray that the Holy Spirit will move upon people’s hearts and reveal Jesus to them.

Pray that God will call more to pray for North Korea.

Pray that the Holy Spirit will move upon North Korea and reveal Jesus to them.