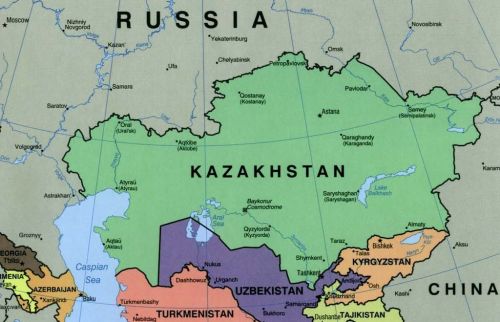 Lyudmila Kerbele, Nadezhda Krasilnikova and Lidiya Kosatova, all pensioners between the ages of 61 and 72 – are members of Rodnik Baptist Church in Oskemen (Ust-Kamenogorsk). For many years the church has helped residents of the privately-run Zhandauren Hospice with clothes, wheelchairs and medicines.

“The place is quite poor, sad and depressing,” one church member told Forum 18 from Oskemen, “and the 100 or so lonely elderly residents rarely have any visitors. Some of them live there for years, forsaken by their children or relatives, either unable to care for themselves or having no other place to live, and some require round the clock care.” The church member stressed that the owners, management and staff are “very kind, hard working and dedicated people” doing all that they can to provide care for their residents.

On the afternoon of 14 October, the three women brought tea and sweets for the residents, talking to and praying with some of them and offering copies of the New Testament.

“Our ladies only visited and met with those who invited them to come,” the church member added. “They did not impose themselves or their care on anyone, nor did they create any disturbance. The staff (particularly the head manager) were always open and happy to see them and others from Rodnik there and had no objections.”

However, on the afternoon of 14 October, about ten officials “in dark clothes” suddenly arrived, Kerbele noted. “They split us up, wouldn’t listen to us and wouldn’t answer our questions as to what it was about and what had happened,” she later told the news website Ratel.kz. “We couldn’t take one step left or one step right.” She recalled that she had been questioned “as if I had done something terrible”.

Police acquired written statements from at least six elderly female residents of the hospice who allegedly objected to Kerbele, Krasilnikova and Kosatova’s conduct. “The police had some of the residents sign a complaint and pressured our women to sign testimonies against themselves,” the church member complained to Forum 18. “Older people in our country are fearful of the authorities and usually give in to whatever they are asked to do.”

Eldar Meirbayev, a specialist at East Kazakhstan Regional Religious Affairs Department, told Forum 18 on 12 December that his office had received information that the women were praying in the hospice from the Regional Police Department for the Struggle with Extremism.

Asked why three women visiting a hospice and praying with some of its residents who wanted them to do so was a concern to the Department for the Struggle with Extremism, Meirbayev insisted that “everyone must be involved in observing the law, and we must react when we learn of violations”.

Repeatedly asked by Forum 18 who had suffered because the women had prayed with some of the hospice residents at their request, Meirbayev appeared not to want to answer. “They shouldn’t conduct such measures there,” he kept repeating.

On 27 October, Meirbayev drew up a record of an offence against Kerbele, Krasilnikova and Kosatova under Administrative Code Article 490, Part 1 for conducting religious rituals in an unapproved venue.

Article 490, Part 1 punishes “Violation of the demands established in law for the conducting of religious rites, ceremonies and/or meetings; carrying out of charitable activity; the import, production, publication and/or distribution of religious literature and other materials of religious content (designation) and objects of religious significance; and building of places of worship and changing the designation of buildings into places of worship” with fines for individuals of 50 Monthly Financial Indicators (MFIs).

On 11 and 14 November, three different Judges at Oskemen Specialised Administrative Court found Kerbele, Krasilnikova and Kosatova guilty, according to the decisions seen by Forum 18. The Judges fined each of them 50 times the minimum monthly wage, reducing each of the fines by 30 percent to 74,235 Tenge as the women are all pensioners. The Judges also banned each from conducting unspecified activity for three months.

“Our church will bear the burden of the fines and the lawyer’s fees,” the church member told Forum 18. “But it is not just about the fines but about the freedom of religion, the freedom of ministering to people in need and protecting our people who are trying to serve others.”