EUROPE: Report claims one in eight Christian refugees are attacked for their faith 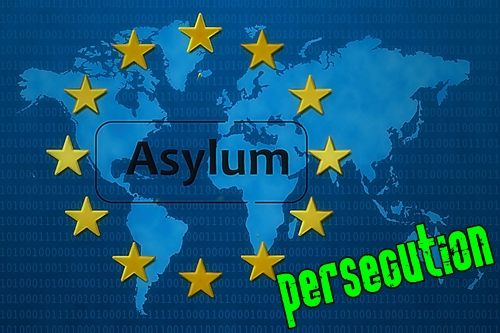 We have been warning of the persecution Christians are facing in refugee centers in Europe, Markus Rode head of Open Doors Germany said, the figures show “fear and panic” among Christians migrants.

“Discrimination and violence against people of different beliefs exist in refugee centres much more extensively than authorities want to believe,” Rode said. “Converts are most exposed. They are seen as traitors by radical Muslims.”

231 Christian migrants residing in Germany were interviewed. The majority being  from Iraq, Afghanistan and Syria. 42 percent have reported insults, 37 percent said they suffered a physical injury, and 32 percent allegedly received death threats.

According to the survey, 88% said they’ve been targeted by other migrants because of their religion.Nearly half surveyed accused guards of discriminating against religious minorities or harassing them. In Germany’s refugee housing, both the migrants and the security are mostly Muslim.

The L’OBSERVATOIRE DE LA CHRISTIANOPHOBIE reported Cardinal Rainer Woelki said at an ecumenical meeting in Düsseldorf Saturday 13 February, “The fear increases that politicians and the authorities do not take seriously enough such threats [against Christians in refugee centers]. The persecution of Christians is not a thing of past ages.”  He demanded that Germany defend greater religious freedom. For his part, Pastor Gottfried Martens said the “harassment” against the Christian migrants in refugee centers in Germany has increased. He affirmed that Christians were forced to watch beheading videos, were banned from the common kitchen because  they were”unclean”, beaten and Christian necklaces torn from their necks. The pastor suggested Christians and Muslims needed to be housed in separate shelters. “When I talk to politicians, they tell me that the churches do not consider that necessary accommodations are separated and I look ridiculous (…) Our efforts to be tolerant, which is in itself praiseworthy, are not so far allow us to let Christians become a kind of guinea pigs. ”

World Watch Monitor reported Christians among the thousands of Middle Eastern migrants who have fled to Europe have discovered that a familiar burden has followed them: religious harassment.

Voice of the Persecuted shared last August how Christian refugees moved from asylum accommodation after threats by Islamists in Sweden. The Christians feared for their safety after it was demanded that they stop wearing Christian symbols, like crosses around their necks. And that they were not welcome in common areas when the aggressive Muslim group was there. After receiving no help when the atmosphere became intimidating, the Christian refugees dared not stay and decided it would be safer to find other accommodations.

Many Christians have left their homelands fleeing persecution and discrimination. They are already traumatized by their experiences. Imagine what it’s like to realize you will suffer the same discrimination and hate in a place of refuge.

Discrimination follows Christians not only from the Middle East, but those from Asia. Pakistani Christians seeking asylum in Thailand are living through extreme hardships in the UNHCR process which takes years, painstakingly long. Unable to legally work, send their children to school, constant fear of arrest and without a program to aid their basic survival and medical needs. They are trapped in a system that often fails them. Remember the horrific atrocities Nigerian Christians are facing. A staggering amount of Nigerian Christians suffer as internal refugees. They too face extreme discrimination from Muslims in the camps.  Let us shine as the Body of Christ and do more for them. Please consider partnering with us to care for those detained with their children in Immigration Detention Center and in refugee camps. To support those without means to care for their families. To give hope that they have not been forgotten by their brothers and sisters in Christ.

Together with your generous help, we can reach the goal to alleviate horrific suffering. In darkness and desperation, let us serve in love, with open arms and giving hands to provide light and hope.

Every day, we thank God that He is working through you to care for His children and to further His Kingdom! As you greatly bless others, may God continue to bless you. Thank you so much for your support. We couldn’t do it without you!
You may also send your gift to:

By VOICE OF THE PERSECUTED in Christian Persecution News on May 12, 2016.
← European Parliament debates Nigeria and Boko Haram Investigating The Invisibles: Pakistsani Christian Asylum Seekers In Thailand →