Asia Bibi’s Life Hangs in the Balance as Radicals Call for Her Death! 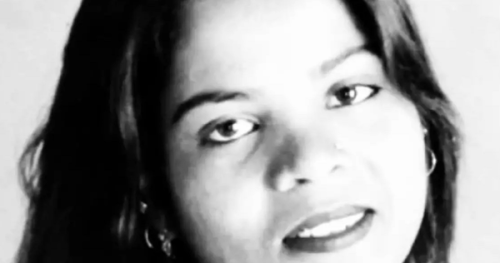 (Voice of the Persecuted) Muslim radicals, 25,000-strong at the peak of their demonstrations, ended a four-day sit-in at a high-security “red zone” near Pakistan’s federal parliament. On Wednesday, they claimed victory after the government made a deal to not change the country’s notorious blasphemy laws misused against minorities.  They assured that no amendments will be made to provision 295-C of the penal code, which states that “Whoever by words, either spoken or written or by visible representation, or by any imputation, innuendo, or insinuation, directly or indirectly, defiles the sacred name of the Holy Prophet Mohammed (peace be upon him) shall be punished with death.” It was also claimed they will not show leniency to anyone convicted under them. It’s an extremely dangerous situation. Blasphemy is a highly sensitive issue in Pakistan.  Even unproven allegations can stir up huge mobs and extreme violence as seen in the case of a Christian man and his pregnant wife brutally tortured then thrown into a firey kiln oven. Whole communities violently attacked and burned down for an unverified claim of blasphemy. Revenge attacks as the suicide bombing carried out on Easter at a Lahore park which was meant to target Christians. The radicals have promised future attacks.

Mumtaz Qadri became a hero to fundamentalists after killing Salman Taseer, Punjab’s 26th governor, in 2011. His murder sent shockwaves throughout the country. Trained as an elite police commando, Qadri was assigned to Taseer as his bodyguard. He shot and killed the politician and a year later was sentenced to death.  He claimed it was his religious duty to kill Taseer, who had been an outspoken critic of Pakistan’s harsh blasphemy laws, supported liberal reforms and championed for Aasiya Noreen, better known as Asia Bibi.

Bibi is a Christian mother of 5 who was sentenced to death for blasphemy. Bibi upholds she is innocent of the charge, but her court appeals have been unsuccessful. Christian Minorities Minister Shahbaz Bhatti was also murdered for advocating on her behalf and opposing the blasphemy laws. Her family was forced into hiding after receiving death threats. Extremists have promised to kill Asia if she is released from prison and her death sentence not upheld. Even those exonerated of blasphemy charges are at great risk, even murdered by radicals when released.

The extremists erupted in violent protest at the decision to execute the assassin. They are now calling for Asia Bibi’s execution. They blame her for Qadri’s execution and view her death as an eye for an eye.

When Saif-ul-Mulook, a Muslim, took her case his fellow lawyers said, ‘You have hammered the last nail into your coffin.” Mulook was also the special prosecutor in the murder case of Punjab governor Salman Taseer. Police have been stationed at his home as a plot to assassinate him had been revealed.

Please contact your Senator or representative and ask them to act immediately.

Voice of the Persecuted letter to elected officials.

We at Voice of the Persecuted condemn the ongoing persecution against Christians in Pakistan. We are extremely concerned for the welfare of Asia Bibi who is being wrongfully held and sentenced to death on false blasphemy charges. Asia’s life hangs in the balance and is in grave danger. A government official recently claimed that security has been increased following intelligence reports that Islamist groups are conspiring to have her killed inside the prison to avenge the hanging of Mumtaz Qadri—an extremist who claimed it was his religious duty to kill Punjab’s 26th governor, Salman Taseer in 2011. Qadri is hailed as a hero by a large number of Muslims in Pakistan. Taseer, had been an outspoken critic of Pakistan’s harsh blasphemy laws, supported liberal reforms and championed for Asia Bibi.

The risk of her being hung for her Christian faith has never been greater. No one should be put to death for their religious beliefs. Please put pressure on the Pakistani government to stop violating her human rights, revoke her death sentence and her immediate release. We ask that you help to protect her from extremists. In the event of her release please help to save her from certain death by assassination. Asia and her family will need to be immediately evacuated and given refuge in a country who can protect her human right to worship freely and live in peace. It’s important to act today before it’s too late!

By VOICE OF THE PERSECUTED in Asia, Christian Persecution News, Pakistan on March 31, 2016.
← Brave Female Arab journalist asks, ‘What if Christians were suicide bombers?’ 5 Signs America Has Gone Totally Nuts →