PAKISTAN – The state of human rights in the country worsens 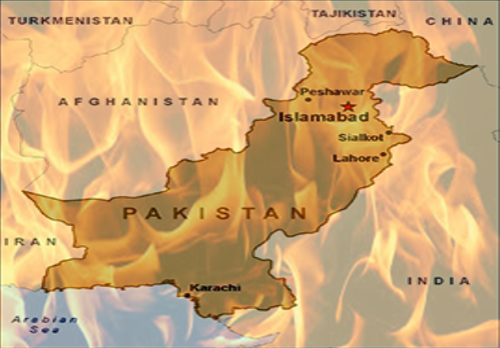 Lahore (Agenzia Fides) – The human rights situation in Pakistan is strongly deteriorating: is what the latest Report of the “Human Rights Commission of Pakistan” (HRCP) says, one of the largest NGOs in Pakistani society, with a widespread network in the country. In the document sent to Agenzia Fides, titled “State of Human Rights 2014”, we note that the attack of militants against the military school in Peshawar, November 16 that killed more than 130 children, effectively symbolizes the situation of human rights in Pakistan.

According to the Report, the attack is somehow a “turning point”, as it seems to have created a broad consensus against fanaticism in Pakistan. However Zohra Yusuf, President of the HRCP noted: “It is a shame that such consensus at a national level against the Taliban and other extremist groups has remained a military affair”.
According to the document, 1,723 Pakistanis were killed and 3,143 were injured during 2014 in 1,206 terrorist attacks, 26 of them were suicides.

The fight against terrorism, joins the campaign for freedom: “The restrictions on freedom of expression did not decline in 2014”, notes the Report. Pakistan has been defined as “the most dangerous country in the world” for freedom of press, with 14 journalists and media workers killed in 2014.

With regards to the condition of religious minorities, it is stated that “religious extremism continued to increase in 2014: 11 buildings, including Hindu temples and churches, were damaged in the southern province of Sindh, while two attacks were carried out against the minority Zikri in Baluchistan”. Last year there were 144 reported incidents of sectarian violence, 141 of which were terrorist attacks and three were sectarian clashes, says the Commission.
“Blasphemy” remains a very sensitive topic in the nation, where 97% of the 180 million inhabitants profess Islam. The HRCP remarks that “in the past, murders for blasphemy were not as frequent as they are now” and “religious intolerance has increased considerably in the South Asian country in the last ten years”. (PA) (Agenzia Fides 22/04/2015)

By VOICE OF THE PERSECUTED in Asia, Christian Persecution News, Pakistan on April 22, 2015.
← AMAZING GRACE – THE REASON FOR HOPE Pope: Blood of Ethiopian Christians ‘cries out to be heard’ →