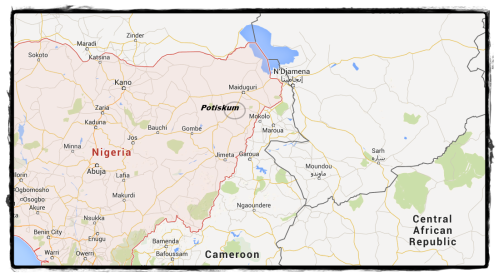 Kano (Nigeria) (AFP) – A girl thought to be as young as seven-years-old on Sunday killed herself and five others in a suicide bombing in northeast Nigeria as President Goodluck Jonathan conceded his government had underrated the capacity of the Islamist extremist group Boko Haram.  (Read More)

Another young girl this time as young as 7 years old.   Our hearts go out to the family of this child and the families of the victims.  It’s becoming common place for this demoniacal band to use children.  As we reported in the past, Boko Haram will kill men, and kidnap the wives and children.  Indoctrinating these precious children with a satanic ideology that teaches them to kill.  Or worse, they take an innocent child and strap a bomb to them and set them off in the market place.  In addition to the five that were killed, 19 were injured.

“Potiskum is the largest city in Yobe state with booming business in the area. It has one of the largest Cattle markets in Africa and the largest in West Africa. Most of the cattle are transported to other parts of the country”  It’s seen it’s share of sorrow and attacks from Boko Haram.

Boko Haram has launched a fierce attack on Maiduguri recently and as we reported cut all roads off but one.  It has put the approx. 200,000 Christians there on edge and in danger of attack. 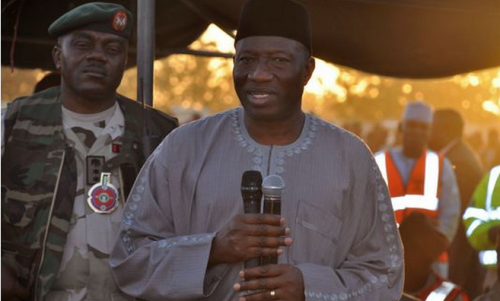 Goodluck Jonathon said today that his government underestimated the threat of Boko Haram.  Cameroon, Chad and Niger have sent their militaries to Nigeria to combat Boko Haram.  France is visiting Nigeria and urging Nigeria to commit to fully combating the savage group.  “It is necessary that there be full commitment from Nigeria in the fight against Boko Haram,” he told reporters during a press conference in Niger’s capital, Niamey.  France is offering intelligence sharing and other assistance to the 3 armies.

The presidential election is still 4 weeks away, and what was said a month ago to be a neck and neck race is turning it seems for Buhari, an ex-military dictator. 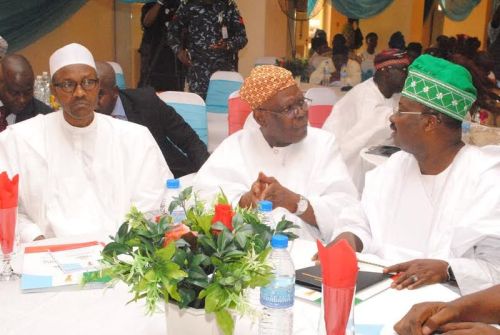 It seems as if the media is uplifting him.  As we have said before he has a very checkered past.  He led Nigeria after a coup, until he himself was ousted.  According to a report from NBC Human-rights groups have accused Buhari’s regime of crushing political dissent and installing harsh military values into civilian life.”A lot of journalists and civil society campaigners were arrested and thrown in jail without a trial,” Nigerian author and historian Max Siollun told NBC News. “This was either because they were critical of the government of accused of fomenting dissent among opposition groups.” (More)

He has promised to crush Boko Haram, something that until now has not been done.  Millions are throwing their vote to him because of this promise.  Nigerians are weary, the slaughter and sorrow they have seen is immeasurable and would break a seasoned war veteran. They have endured so much suffering.  Christians especially.  Two Million are displaced and hundreds of thousands have been killed.

URGENT PRAYER REQUEST! Nigerian pastor describes the persecutions they are facing and calls for the Body of Christ in unity – PRAY FOR US! (VOP)

Voice of the Persecuted is an interdenominational organization standing with and stepping up for the persecuted. Together with your generous support, we can reach the goal to alleviate their suffering. In darkness and desperation, let us serve in love, with open arms and giving hands to provide light and hope.

Everyday, we thank God that He is working through you to care for His children and further His Kingdom! As you have greatly blessed others, may God continue to bless you. Thank you so much for your support. We couldn’t do it without you!

By VOICE OF THE PERSECUTED in Africa, Chad, Christian Persecution News, Niger, Nigeria on February 22, 2015.
← Rape Swept Under The Rug in Pakistan Living with suffering: I Peter →