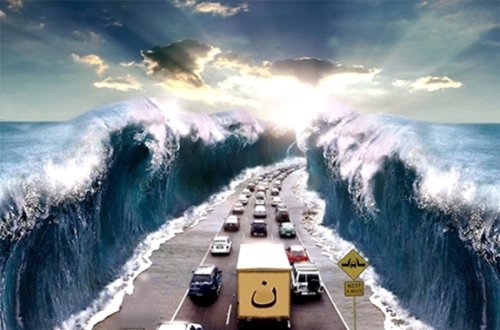 (AsiaNews) For the first time in history, Iraqi Christians who always had a “high standard of education” in the region, are being deprived of the right to study and cannot attend schools. This represents a further threat to the survival of the minority, not only in Iraq but throughout the Middle East, because there is not the risk that an entire generation “will not be educated”, which is a “very bad sign”.  The warning  comes from Msgr. Shimoun Emil Nona, Chaldean Archbishop of Mosul, in the north, the second most important city in the country and first city to fall into the hands of the militia of the Islamic State.

Interviewed by AsiaNews, the prelate confirms that “currently children from many of the refugee families” as well as “children who live in Christian areas” cannot start the school year. “There are about 700 schools scattered between Erbil, Ankawa and Zakkho – he explains – but they are hosting displaced people and are full. In other non-Christian areas  the lessons have begun, but not here”. Moreover in the areas occupied by the Islamic Caliphate  the curriculum has been changed to promote Islam and the Koran.

Msgr. Nona was the first to raise the alarm of the danger posed by the advance of the Islamists after the conquest of Mosul, where about 500 thousand people – Muslims and Christians – fled in early June to avoid being forced to convert to Islam.  It was also where the militants founded their caliphate and imposed sharia. In cities and in areas on the Nineveh plain that are under the control of the Islamic State schools have reopened. However, under the instruction of their leader the curriculum has changed to ban history, geography and literature; students must study Arabic and the Muslim religion and are forbidden to speak of the Republic of Iraq or Syria, only of the Caliphate.

An Mosul elementary school teacher of mathematics and Arabic states that “we are in 2014, but it seems have regressed 14 centuries.” 95% of the 2,450 schools in the area – Mosul and Nineveh Plain – are in the hands of the Islamists, who have forbidden mixed classes and have closed the Faculty of Law, because “conventional law is no longer in force.” Rigid rules, imposed by force, are increasingly arousing the impatience of the local population. If at first people saw them as liberators from a central government (under former Shiite Prime Minister al-Maliki) regarded as the oppressor, today 98% of the people – as reported by an academic in Mosul – “would like to see them gone as soon as possible” .

The archbishop of Mosul, who is also a refugee Ankawa, in Iraqi Kurdistan, cannot confirm this radical change of attitude towards the Islamic state and the distortion of the curriculum at the hands of the militia. He admits however, to “having heard similar rumors”, and there is a good chance that “they are true.” There are still some Christians in the city, but “very few” who live “isolated” and “in danger” because “anything could happen to them”.

By VOICE OF THE PERSECUTED in Christian Persecution News, Iraq, Middle East on September 22, 2014.
← Tortured in Ukraine: Pray For Christians Living a Nightmare In Prison For The Lord: Jeremiah 37 →