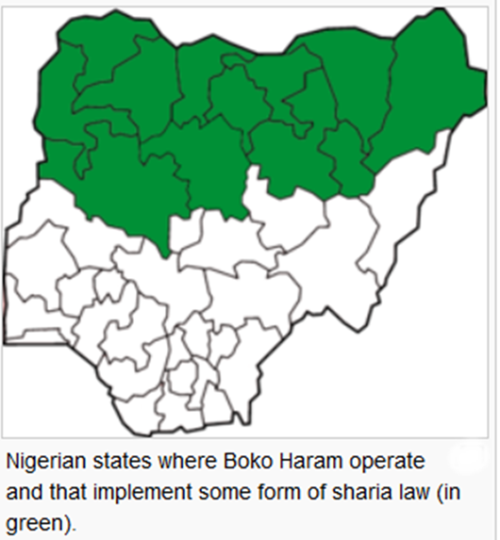 As the violence perpetrated against Christians in Nigeria, as well as the CAR, one can’t help but ask who and what are the agendas of groups like Boko-Haram, Seleka, the Anti-Balaka, and the Lord’s Resistance Army.  In CAR and Nigeria, these groups seem to have a political origin or push.

The Boko-Haram are a vicious group of rebels that have slaughtered thousands of Christians, and Muslims alike.  Christian villages have been attacked at an alarming rate.  And an ethnic cleansing much like a modern day Holocaust seems to be taking place.  Government leaders seem powerless to stop them.  The Fides Agency is reporting:

Abuja (Agenzia Fides) – More than 500 Catholics killed and 20 churches and priests houses destroyed. This is the death toll and damage carried out against the Catholic community in the north-east of Nigeria by the Islamist Boko Haram sect, since 2009. The assertion was made by the Catholic Bishop of Maiduguri, Most Rev. Oliver Dashe Doeme.

Mgr. Doeme says that at the root of the actions carried out by Boko Haram, that also kill for religious reasons, there is corruption. “Corruption is the number one problem of the nation – states the Bishop -, the Boko Haram insurgency is a product of corruption. The Federal Government should fight corruption headlong”.

“It is sad to see how few people are sitting on billions of naira” (the local currency) added Bishop Doeme. “The youths that are involved in Boko Haram activities could have distanced themselves from it if they were given opportunities”.

In an interview in 2011 with Fides Agency, Archbishop Doeme had denounced the connivance of some local politicians with Boko Haram: “The involvement of some politicians in the sect is relevant since its founding. At first it was a group created to defend the interests of certain politicians, then it turned into a violent sect, but political connections have always remained” (see Fides 22/11/2011). The fact that Boko Haram also attacks the local Muslim community is an indication that the sect pursues political objectives, and not only religious. (L.M.) (Agenzia Fides 11/03/2014)

BBC did a piece in January of  2012 titled:  ‘Who are Nigeria’s Boko-Haram?’  This is an excerpt from that piece.

Its followers are said to be influenced by the Koranic phrase which says: “Anyone who is not governed by what Allah has revealed is among the transgressors”.  Boko Haram promotes a version of Islam which makes it “haram”, or forbidden, for Muslims to take part in any political or social activity associated with Western society.  This includes voting in elections, wearing shirts and trousers or receiving a secular education.  Boko Haram regards the Nigerian state as being run by non-believers, even when the country had a Muslim president.  (Read More)

Pray for our Brother’s and Sisters in these area’s.  Pray for those trying to help.  Pray for protection, and guidance. Pray for comfort.

By VOICE OF THE PERSECUTED in Africa, Christian Persecution News, Nigeria on March 11, 2014.
← Again, the Question ‘Is Christians In The Middle East, Collateral Damage?’ Kim Jong-Un Orders Execution Of 33 People For Contact With Christian Missionary →