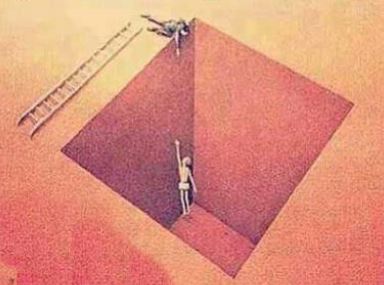 (CNA/EWTN News).- Christians in the West must take seriously their duty to support those suffering in the Middle East, the birthplace of Christianity, said a team of filmmakers working on a documentary about the subject.

“Christianity began in the East, and Christians in the West seem to have forgotten that fact,” said Drew Bowling, a Washington, D.C.-based writer working on the documentary project.

“It’s tragic to see Christianity in the East under threat, and see Christians in the West who are not under such threats ignore it or fail to do what they can,” he told CNA in a Feb. 4 interview, noting that many in the West simply do not realize the challenges being faced elsewhere.

Bowling is working alongside writer Andrew Doran and filmmaker Jordan Allott to create a documentary about the violence and discrimination facing Christians in the Middle East.

Allott said he wants to bring attention to the matter and to put “pressure” on lawmakers in the West “to stand up for Christians.” He hopes viewers of the documentary will “feel a connection with the subjects,” and want “to help them in a time of need.”

“Our faith is what it is here because of what their ancestors did there,” Allott said, stressing the link between Christianity in the West and its roots in the Middle East.

The filmmakers hope to demonstrate the charity, resilience and determination of Christians in the region. Allott pointed to one man they met in Beirut, Lebanon, named George Maalouly. An Orthodox Christian, Maalouly was actively engaged in the Christian community, praying the Rosary and hosting prayer groups in his house.

Maalouly also helped those in need, regardless of faith, Allott said. He housed two Muslim Syrian refugees in a van, giving them electricity and food, and he “even came by with Christmas presents for the children.”

This example is not isolated, Bowling said, pointing to the charity of the Good Shepherd Sisters in Lebanon’s Beqaa valley, who work to shelter and feed Syrian refugees.

Many of the refugee camps have become sites for increasing extremism, due to radical rebels, lack of resources and dire situations; however, these sisters and other Christians caring for largely Muslim refugee populations “provide filters for radicalization” and an example of interreligious cooperation.

“Despite the fact that they are the ones marginalized, they are the ones serving Muslims” who are injured or displaced by conflicts in the region, Doran said. “They are bridges to peace for their own communities and for the outside world.”

Bowling said that he was particularly struck by the resilience of a 12-year-old boy named Elias, who he met at the Turkey-Syria border. While walking to school one day, Elias was “seized from behind, blindfolded and gagged” by al-Qaida affiliates. While he was later rescued, the kidnapping, combined with the loss of other family members in the Syrian civil war, compelled his family to flee the country.

Elias and his family are “now living in this Turkish refugee camp, completely impoverished, with no money to go anywhere,” Bowling said. But “in spite of all these hardships, they remain hopeful they can one day return to their homeland in Syria.”

“Elias and his family want to remain in the Middle East because they believe that is the homeland of Christians,” he said, adding that many Christians he talked to in the region “did not want to emigrate.”

“They have a history,” with a multi-generational attachment to the land, he explained. “The idea of them disappearing entirely is heart wrenching.”

But after years of violence and political unrest, Christians who choose to remain in the region face mounting difficulties. Bowling recalled that the day he arrived in Lebanon, al-Qaida affiliates “burned to the ground the most ancient Orthodox library in Tripoli.”

“They talked about the flames coming from that library as being symbolic of the fate of all the Christians in that country,” saying that the Christians would face damnation and hellfire for their beliefs, he said.

Doran described an encounter with an Armenian Syrian woman named Sita that has been “seared” into his memory. Now living after her husband was shot by snipers in the streets of Aleppo, Sita looked at Doran with a “face seized with anguish,” pleading, “Help me.”

“That just stayed with me,” he said, explaining his “feeling of frustration, anger and helplessness” at being unable to aid the suffering woman.

Doran hopes Christians in the West will push their lawmakers to enact policies that help to protect their brethren in the Middle East.

“Christians in that part of the world and moderate Muslims are baffled that our government has taken the policies it has,” he said, suggesting that Western policies supporting some revolutions and political groups have tended “to have predictable and negative consequences for Christians and moderate Muslims.”

U.S. foreign policy “tends to blunder to the benefit of extremist groups” toward supporting governments and institutions that “contribute to the gradual erosion” of a Christian presence in the Middle East, he said. “On a basic human rights level we should not be giving money to governments essentially enforcing apartheid” against Christian populations, he added.

“This is a part of the world that still respects men of the cloth, even if they’re of a different faith,” he said, encouraging clergy members to speak about persecution.

Observing a silver lining amid the violence confronting Middle East Christians, Doran said that the oppression has created a “growing sense of a single identity” that transcends old theological and historical disputes between different Christian denominations. He also said that he had witnessed “moderate Muslims identifying with Christians” in the region.

Despite the current turmoil and persecution, Doran predicted that “there will never be a Middle East without Christians.” He believes the Christian communities in the region will “absolutely survive” the violence and oppression they are currently facing.

“The only question that remains is how much suffering are they going to endure in the next 25 years.”

By VOICE OF THE PERSECUTED in Christian Persecution News, Middle East on February 22, 2014.
← Kidnapped Nuns No Longer Bear the Cross WRITE TO ENCOURAGE Pastor Behnam Irani imprisoned in Iran →