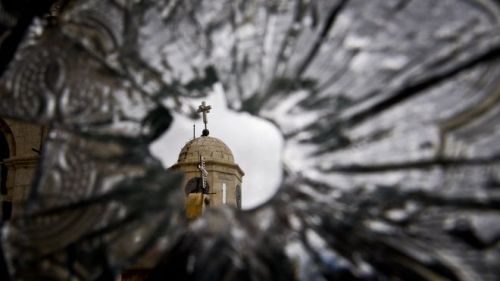 (AINA) Bringing refugees from Syria to the West is not the answer to the crisis, said the leader of Catholics in the disaster-stricken country, insisting that more can be done to help displaced people both in-country and elsewhere in the Middle East.

While sympathizing with refugees who seek a new life in the West, Damascus-based Melkite Greek Catholic Patriarch Gregorios III of Antioch urged that aid programs be boosted both within Syria and in neighbouring countries and thus enable Christians to stay in the region.

Re-asserting the calls of many Middle East Church leaders for Christians and others not emigrate from the Middle East, Patriarch Gregorios said that there would be little chance of them returning if they were given asylum in countries such as the, the USA and Australia.

In an interview with international Catholic charity Aid to the Church in Need, Patriarch Gregorios said: “It is better to help the [destitute] people within the country or the region and not invite them to go outside.

“Of course, we cannot decide for ourselves what response our people should make, the suffering is so great, but the real answer is to provide more help — more relief — on the spot and not outside, which will encourage them to leave.

“But if they must go, we understand their situation.”

By VOICE OF THE PERSECUTED in Christian Persecution News, Middle East, Syria on February 4, 2014.
← American Detained By North Korea- Free Kenneth Bae Beauty from Ashes: Thousands of Syrians are Coming to Christ →