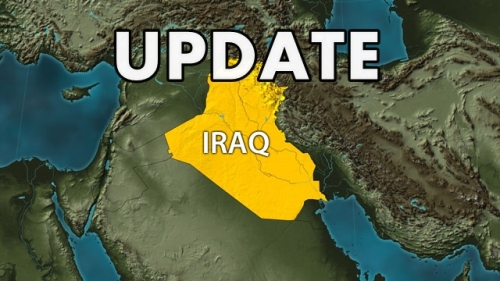 Assyrian International News Agency (AINA) is reporting that On December 25, 2013 multiple news agencies, including AINA, reported the twin bombings in Dora, a formerly Assyrian [also known as Chaldean and Syriac] and Christian neighborhood in southern Baghdad. One bombing occurred outside of St. John Catholic Church. The explosion killed 27 and wounded 56. A second bomb exploded in an outdoor market, killing 11 and wounding 21.

According to the wire reports, dozens of Christians were killed in the bombings.

AFP quoted a police colonel, saying “The attack targeted the church, and most of the martyrs are Christians. The attack happened when worshippers were leaving the church.”

Reuters quoted a policeman, saying “A car parked near the church exploded when the families were hugging each other goodbye before leaving. The blast was powerful…Bodies of women, girls and men were lying on the ground covered in blood. Others were screaming and crying while they were trying to save some of their wounded relatives.”

The Patriarch of the Chaldean Church, H.H. Louis Sako, issued a statement saying the attack was not directly targeted at the church. Also, Archdeacon Temathius Esha, an Assyrian priest in Dora, told AFP “The church has nothing to do with the attack, the attack was against the market.”

There is no doubt that these bombings occurred and that dozens of persons were killed. But questions were raised about the number of Assyrian/Christian fatalities, beginning with Patriarch Sako’s statement.

AINA contacted two Assyrians in Iraq to ascertain the facts of the case.

According to Pascale Warda, Iraq’s former Minister of Displacement and Migration, no attacks against churches occurred and there were no Christian casualties. “What some media reported was not right because the attack in Dora was in the market, where some other poor people were wounded, but not a single Christian was hurt, and no church was attacked.”

The priest of St. John Catholic Church, Fr. Firas, told Pascale Warda the attack was far from the church and no there were no Assyrian casualties. Fr. Tima, of the Assyrian Church in Dora, also told Mrs. Warda that his church had not been attacked.

The Christmas mass at St. John ended at 9 AM, the attack occurred at 11 AM.

According to Susan Patto, an Assyrian in Baghdad, because of previous church attacks, all churches have discontinued midnight mass and conduct mass very early in the morning, from 7 to 9 AM, and parishioners are discouraged from congregating outside the church after mass.

“The explosion happened after 11 AM.’ says Suan Patto, “There is a police station about 500 meters from St. John, and the car bomb targeted the police station. The church was closed and no one was there. The story about the church being attacked was first reported by Al-Sharqiya news channel and picked up by other news agencies. Most of fatalities were in the second explosion in the market, while the targeted police station had only few casualties. There are no known Assyrian casualties.”

According to Pascale Warda, the news of Christian casualties was propagated by those “who are unhappy with any establishment of security in Iraq.”

The Dora neighborhood was formerly a Christian neighborhood, with over 150,000 Assyrians living there. Beginning in 2004 a sustained series of church bombings, kidnappings and killings by Al-Qaeda affiliated groups forced most the residents to flee, most with literally just the clothes they wore, as they were not allowed to take any of their belongings with them (report). Now there are only about 3000 Assyrians remaining in Dora.

On October 31, 2010 Al-Qaeda terrorists attacked Our Lady of Deliverance Chaldean Catholic Church in Baghdad on Sunday evening during a church service. When police raided the church the terrorists set fire to their explosives, ultimately killing 58 parishioners, including two priests (reports, pictures).

By VOICE OF THE PERSECUTED in Christian Persecution News, Iraq, Middle East on January 1, 2014.
← Attacks in Nigeria Attempt to Establish Shariah Law Pastor Farshid Fathi Imprisoned For Faith In Christ – His Message To Those Praying For Him →