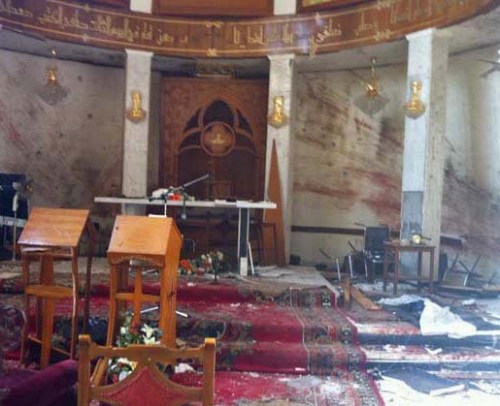 (Morning Star News) – Government and church officials in Iraq refuted initial claims by police that bombs in southern Baghdad targeted Christians, saying no worshippers leaving a nearby church were hurt.

A car bomb that went off near St. John Catholic Church in the Doura area of Baghdad on Dec. 25 as worshippers were leaving Mass targeted a market, not the church, according to Interior Minister spokesman Saad Maan. News portal RT reported that Iraqi Chaldean Catholic Church Bishop Louis Sako also said the church was not the target, and that none of the departing worshippers were injured.

Two other roadside bombs in an outdoor market in the Doura area did kill 11 people and wounded 21 others, according to RT, noting that Maan’s statement contained the conflicting information that those blasts killed 35 people and injured 56 others.

The U.S. Embassy in Baghdad condemned the violence, according to CNN, saying in a statement that Christians in Iraq have suffered terrorist attacks for many years, along with other Iraqis.

“The United States abhors all such attacks and is committed to its partnership with the Government of Iraq to combat the scourge of terrorism,” according to the statement.

There was no immediate claim of responsibility for the attacks, but Sunni Muslim extremists from Al Qaeda have targeted Iraqis Christians, according to Reuters. Two Christian security guards were wounded in a June 25 church attack in Baghdad, and in 2010 an Islamic extremist attack on Our Lady of Salvation Syriac Catholic Church in the city killed 58 people.

Thousands of members of religious minorities have fled the country in the past 10 years, with the Christian population dropping from about 1.4 million to fewer than 500,000 today.

By VOICE OF THE PERSECUTED in Christian Persecution News, Iraq, Middle East on December 28, 2013.
← Different faiths distributed Red Roses and Christmas Cards at the Churches of Rawalpindi and Islamabad city Pray for Pakistan →