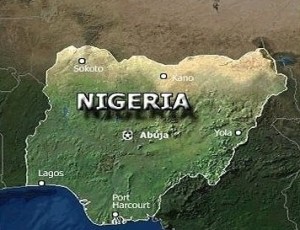 NIGERIA  (ANS) — A Muslim mob with knives and iron rods injured several members of an Anglican church in Nasarawa state on Aug. 17 over a dispute about less than 1 cent in change, area Christians said.

According to a story by Morning Star News, three pastors, four elders and choir members of the St. James Anglican Cathedral were wounded in Lafia, capital of Nasarawa in central Nigeria, as they met for study and worship preparation.
Area residents said they got cuts on their heads and other parts of their bodies when about 30 Muslims attacked with motorcycle chains and wooden clubs, along with the other weapons. An area member of the Evangelical Reformed Church of Christ in Lafia, Joshua Nuhu Kuju, told Morning Star News that a Muslim woman incited the Muslims to attack after she had an argument  over payment with a young Christian man who runs the church’s water borehole (a way to get water).
“The Muslim woman sent her children to purchase water from the church’s borehole, and then a misunderstanding over about 5 naira (less than 1 US cent),” he said. “The Muslim woman then went and invited some of her Muslim neighbors, who stormed the church and attacked the members of the church.”  The assailants also damaged Bibles and broke chairs, he said.
Rev. Isaac Onwusongaonye of St. James Anglican Cathedral, of the Church of Nigeria (Anglican Communion), told Morning Star News that at about 6 p.m., as he and six other church leaders were meeting for Bible study preparation and the choir was about to begin rehearsal, a church member told them that someone was arguing with the young man in charge of the church-run water borehole, Peter Aleku.
“When we enquired of the water seller what happened, he said that a girl, a (Muslim) neighbor, came and bought water worth 20 naira (1 US cent) and did not pay,” Onwusongaonye said.He added, “Shortly after, the girl’s sister came and fetched water worth 5 naira and paid 20 naira and demanded 15 naira in change. But the water seller told her that, for the change, to meet her sister who bought water earlier and did not pay.” The girl was upset and told her mother about the exchange, the clergyman said.

“The woman came and threatened that she had a son who was capable of demolishing the church, and that she would call him to come and fight the water seller,” he said. “One of our sextons decided to give the woman the 20 naira, which the woman collected; the woman also slapped the water seller two times, yet she called her notorious son.”

When the woman’s son arrived, security guards prevented him from entering the church premises at two points – the borehole area and the main gate, Morning Star News reported Onwusongaonye said. One of the church leaders suggested they report the matter to police, but another suggested they wait for tensions to cool and instead talk with the family the next day, he said.
“As we resumed our Bible study, all we saw was a mob coming into the church through the main gate,” Onwusongaonye added.

He continued, “This notorious boy went and called his gang, mostly butchers. They came with knives, clubs, motorcycle chains, iron poles, wood, etc. As they were terrorizing the church members, their fellow Muslim youths playing football at the field adjacent to the church jumped in through the fence and helped the gang. This gang beat the security men at the gate mercilessly with wood, chain and iron.”
Seriously wounded, the security guards were rushed to the hospital, he said.

“They also slapped some of our elders who tried to appeal to them,” Morning Star News reported Onwusongaonye said. “They even forcefully collected a handset from one of our pastors. I narrowly dodged a big stone thrown at me, and Ven Shigudu narrowly escaped from being stabbed.”
The clergyman said intervention by police who were told about the attack saved the cathedral from burning down.

“After some minutes of terrorism, the boys left – some of them were asking why they did not destroy the church, especially the window glass,” Onwusongaonye said. “So they later regrouped to come back for total destruction, but with the quick intervention of police from A Division, the boys ran as they saw the police van.” Police detained the ringleader’s mother when the gang fled, releasing her only after the family later produced her son. He was arrested, and Morning Star News reported that at press time the case was still under investigation.

Many years ago the church had decided to create a water borehole and charge a minimal fee because of the community’s difficulties in securing drinking water, Onwusongaonye said. Established in Lafia in the early 1940s, the church has about 300 members.

Nasarawa state is located in Nigeria’s volatile middle belt, west of Plateau state, between the predominantly Muslim north and largely Christian south. Christians make up 51.3 percent of Nigeria’s population of 158.2 million, while Muslims account for 45 percent.

Those practicing indigenous religions may be as high as 10 percent of the total population, according to Operation World, so the percentages of Christians and Muslims may be less.

By VOICE OF THE PERSECUTED in Africa, Christian Persecution News, Nigeria on August 28, 2013.
← U.S. Citizens Detained or Missing in Iran, John Kerry Speaks Whoever wins in Syria, its Christians who will lose →